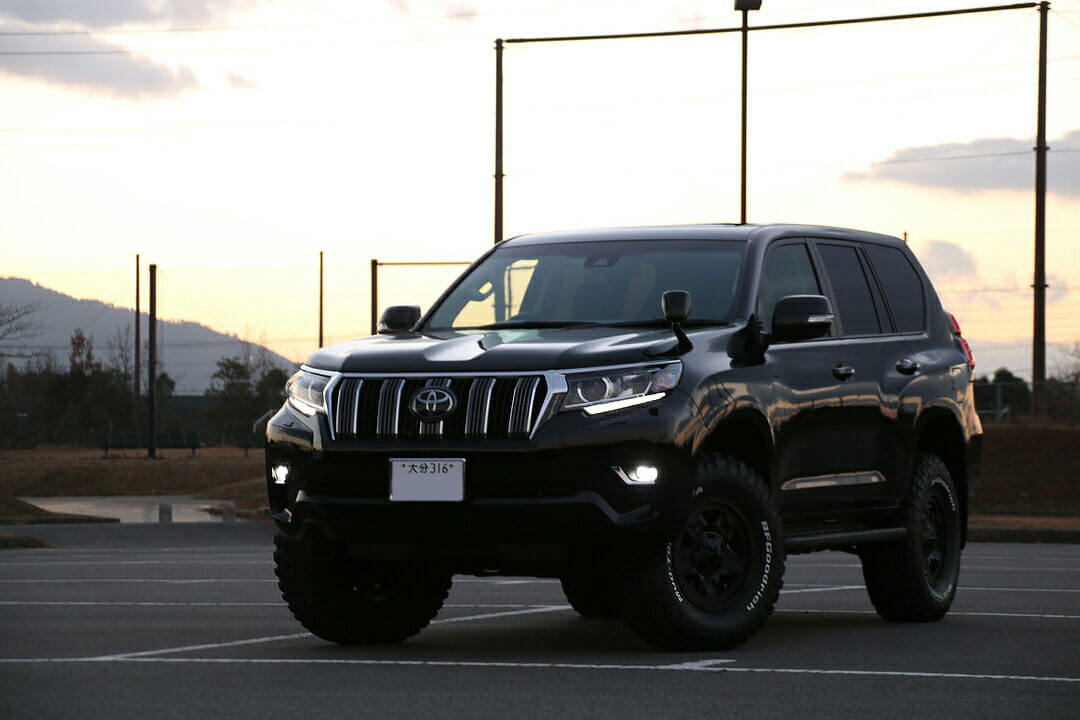 Many skeptics tend to believe that the new Toyota Land Cruiser Prado 150 is no longer a tough offroad tool like it’s famous ancestors. Even though this model is not offered in the USA officially, our team at 4x4Projects.com decided to find out if it’s true and take a closer look at the newest Prado 150.

Prado 150 engine line up consists of 4 diesel and gasoline engines. Diesel engines are represented by 4-cylinder natural-aspirated and turbo 2.7L, newer 2.8L, and older 3.0L versions.
The global modernization of this model has been started with the introduction of the brand new 6-speed automatic transmission, that installs even on the basic models equipped with 2.7L engines and the newer 2.8L diesel engines that replaced the older 3.0L Diesel. This transmission is more agile and allows drivers to get more control under the vehicle.
The updated 2.8L motor is giving out 177HP and 331 ft.lb of torque (3.0L Diesel produced 173HP and 302 ft.lb of torque). Our observations showed that the newer 2.8L motor has an average consumption of about 22 MPG, which is quite a good result for a 2-ton SUV. 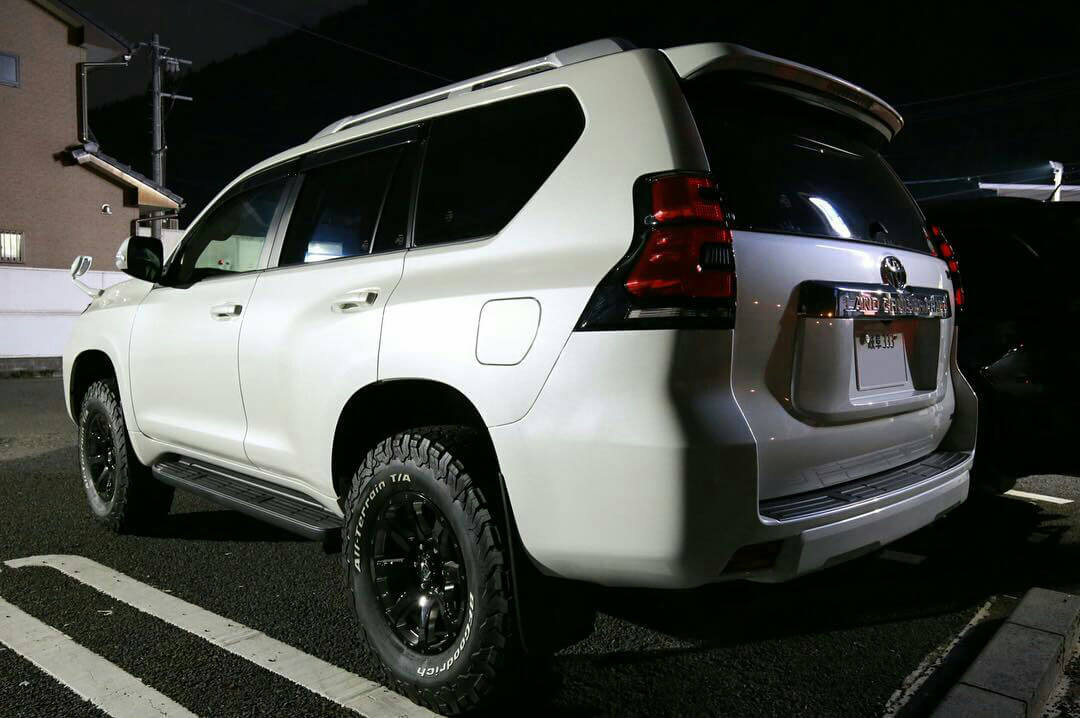 In 2018 Prado 150 was facelifted and received the attractive body and interior elements, but except for that, it’s new diesel engine has become EURO 6 emission compliant, which made it more efficient and environment-friendly. The biggest difference that you can see under the hood on the new model is a blue tank with the AdBlue liquid that takes care of the emissions in the exhaust system. It is very similar to the Blue-Tech technology used by Mercedes. According to Toyota, it’s recommended to refill it every 15.000 km.
Among the other improvements of the new 2.8L engine is it’s smooth and silent operation, so you wouldn’t hear the famous diesel rumble and vibrations as clearly as you used to on the older Land Cruiser models.

As many of you have noticed the newer Land Cruiser Prado 150 has got the same hood as it’s older brother LC 200. This model became 2 inches longer and received a row of some new interior components.

The four-wheel-drive system has been also changed on the newer Toyota Prado models. Since 2018 the option of the on-demand rear differential locker is available only on the top-level modifications. The rest of the models are equipped with either free differential without lockers or with Torsen differential which automatically locks your rear differential when engaged. This means that you get less control over the 4×4 capabilities of your LC on base trim levels.

Four-wheel-drive control buttons allow you to switch from 4H to 4L, lock the center differential, disengage the ESP and activate the hill assist. Crawl control function is also available on the top trim levels.

The choice of suspension setups for the new 2018 model remains the same, which means that you can choose either the basic suspension with springs, more advanced KDSS (Kinetic Dynamic Suspension System), or top of the line air suspension on bags. 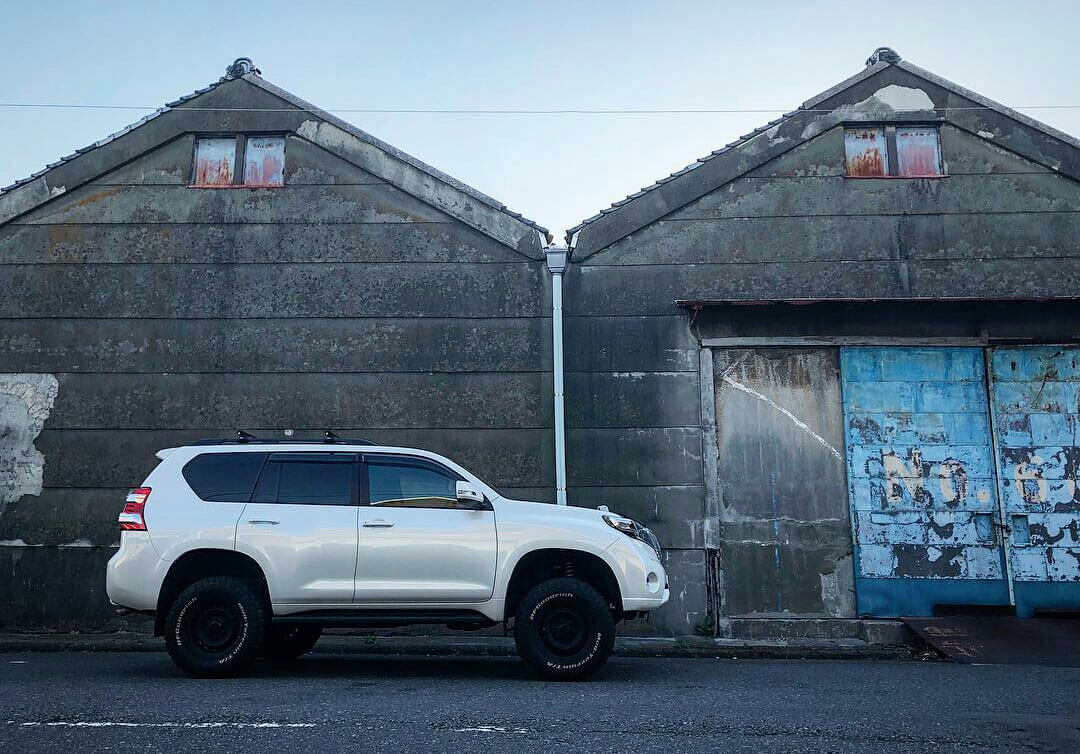 Unlike the sloppy suspension of the Prado 120, the new setup of the 150 model provides a very stable and comfortable ride. Even the basic suspension with springs provides the smooth damping and doesn’t transfer the vibrations to the body of the SUV, so the passengers can feel comfortable even on the bad quality road. There is a big choice of aftermarket suspension lift kits and spacers available for Toyota Prado 150.
In our opinion, it’s not necessary to pick the top of the line KDSS and Air suspension setups for the Prado, as the base all-mechanical suspension provides an excellent damping and a much better reliability on the trails, which is vital for the real off-road fans.

The logo on the grille of the new Toyota Land Cruiser Prado 150 became bigger to hide the adaptive cruise control sensor which is used by Toyota Safety Science system. This means that that the premium functions such as blind spot monitoring, lane departure assist, and road signs assist that used to be available only for the owners of the LC200 and Lexus models are now available for Prado drivers.

There was a lot of criticism pointed at the interior design of the pre-facelifted 2015 Toyota Land Cruiser Prado 150, and it’s center console style in particular. Toyota has addressed this issue and redesigned the center console in the style of its modern flagship models. Bulky A/C control knobs were replaced with modern and convenient buttons. The gauges were upgraded with the full-color display. The sound deadening of the interior is on the Lexus level. 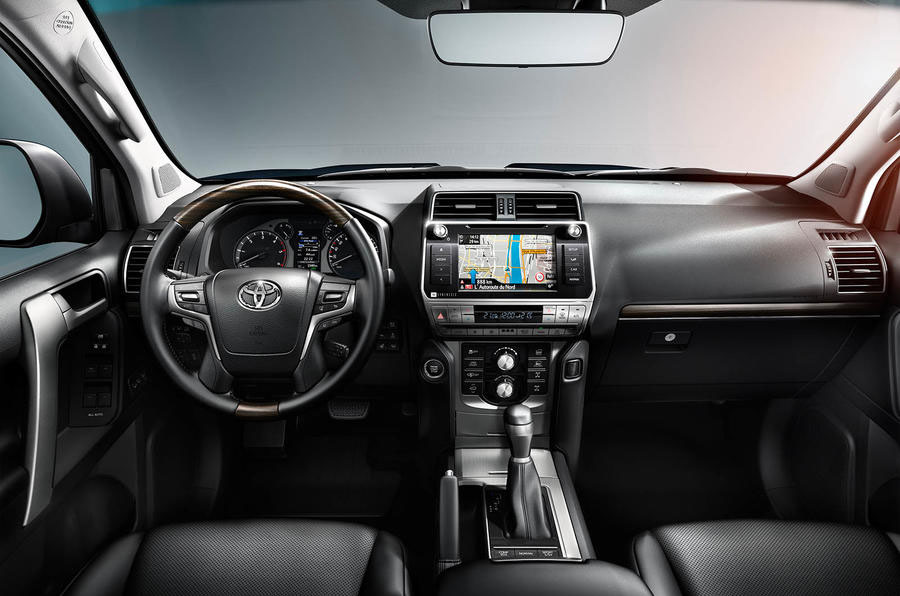 The rear seats allow you to completely transform the interior and offer many convenient options for the passengers. The seats fold in the proportion 40/20/40.
Universal rails on the floor of the cargo compartment allow you to install drawers or other luggage organizers. The window portion of the rear barn door lifts up for an easy access to the cargo area. 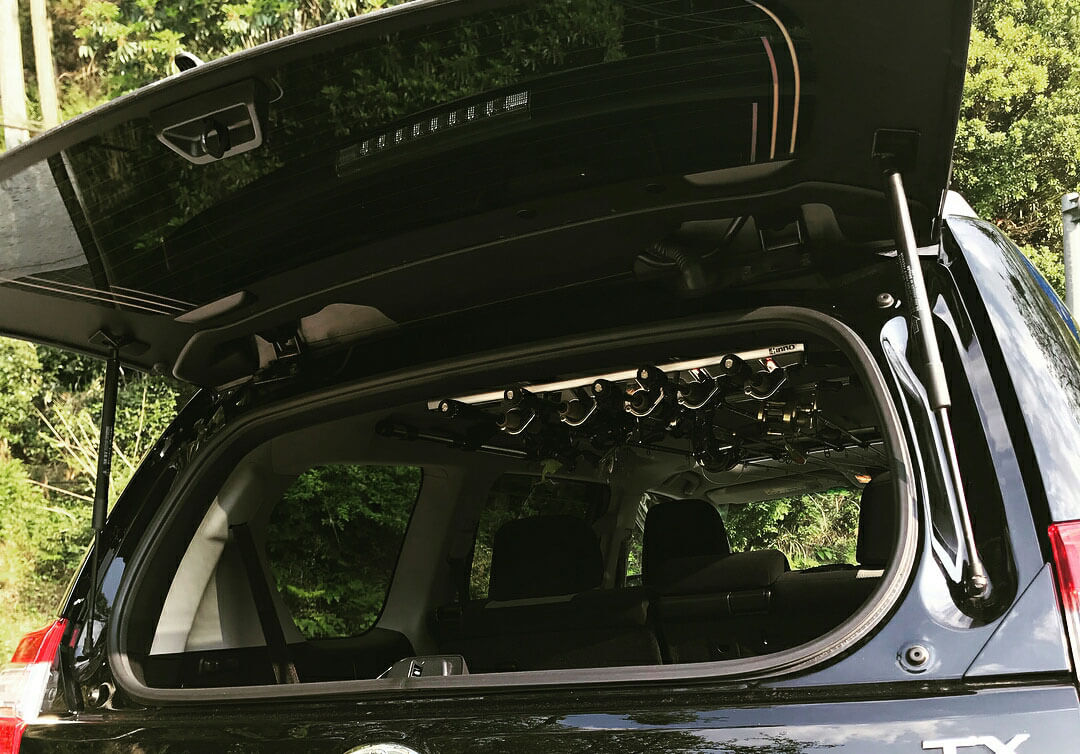 If you want the most advanced technological features, it may be a better decision to go on with the Land cruiser 200 or Lexus GX and LX models, but if the off-road capability, simplicity, and reliability are your main concerns, even the base trim level Toyota Land Cruiser Prado 150 will be the best bet for you.