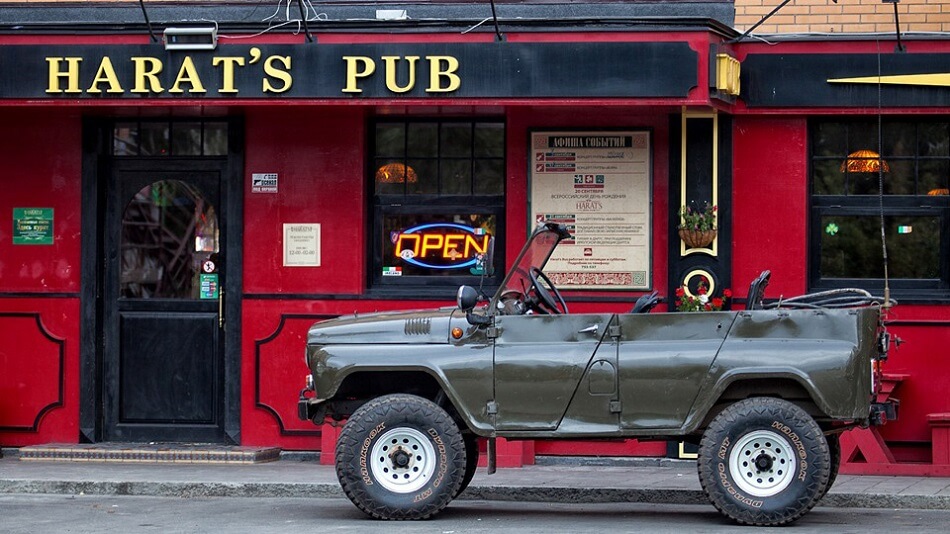 The history of tough and rugged Russian 4×4 vehicles like UAZ 469 and UAZ Hunter was always a bit shady for us. One of the reasons is that it used to serve as a military vehicle in Eastern Block countries that was always hidden from the western world society, however times change and for regular automotive enthusiasts like us, discussions about politics become less important than a story behind the vehicle itself. UAZ is quite a notable machine for anyone who is keen on off-roading and vintage 4×4 so we decided to dig more information about this shady rig.

The development of UAZ was started in the second part of the 1950s. The growing army demanded of the Soviet Union required a modernized 4×4 vehicle that could have been used in any type of terrain. UAZ 469 was meant to be a successor of GAZ 69, a military vehicle that was very similar to American Willys and its roots are coming from World War II. The first prototype UAZ 460 looked quite similar to a Land Rover, which has just started to conquer wild terrains of the former British colonies. The biggest structural difference was an independent suspension. 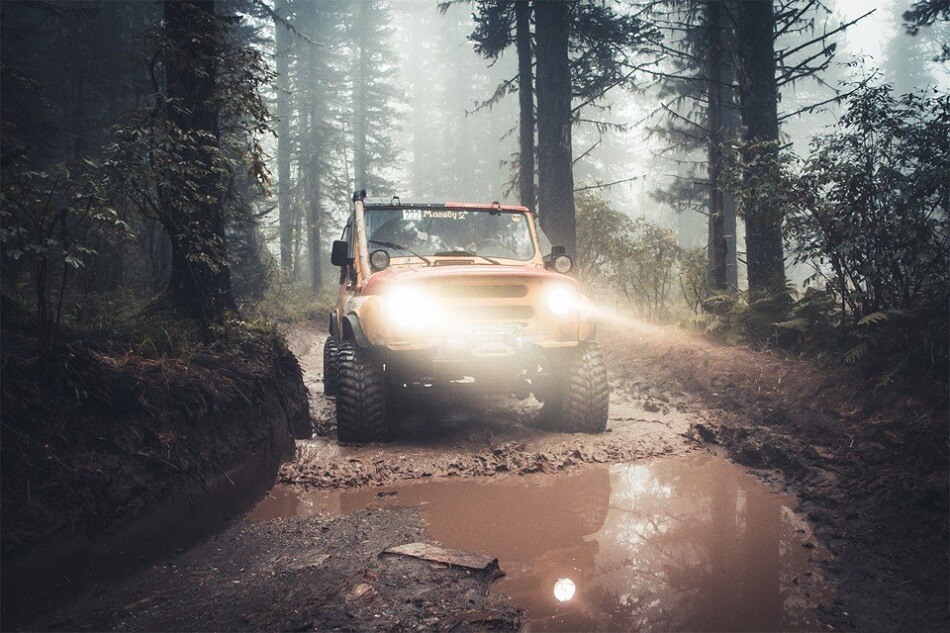 The engineers were really excited about this vehicle and were trying to use the innovative technologies, however, due to the reliability issues, most of the high-end variants couldn’t compete with the reliability of 4 cylinder carburetor motors that have already been used in mass-produced Volga cars. The engine was giving out about 72 horsepowers. Just like AK47, UAZ should have been an ultimate tool in the hands of a soldier, that wouldn’t stuck or break no matter what. Among the requirements of the army were a removable soft top and a foldable windshield that made UAZ compact enough to fit in the cargo area of a military helicopter. The final prototype of UAZ 469 has been released in the middle of the sixties, however, the production began only in 1972.

Thanks to the ground clearance of 12 inches (300mm), two-stage lower range gears, and live axles the vehicle received very serious off-road capabilities, that were really impressive according to the world standards of that time. The approach and departure angles were 52 and 42 degrees, which equals to German Unimog military trucks.

Interesting fact, UAZ 469 was not equipped with a locking differential but it didn’t really make it less capable on the rough terrain. Perhaps the engineers decided to avoid the use of such a complicated unit in order to ease the maintenance, lower the cost, and extend the lifecycle of UAZ. Civil version UAZ 469B was available with a simple driveshaft, single lower range gears, and a ground clearance of 220mm. 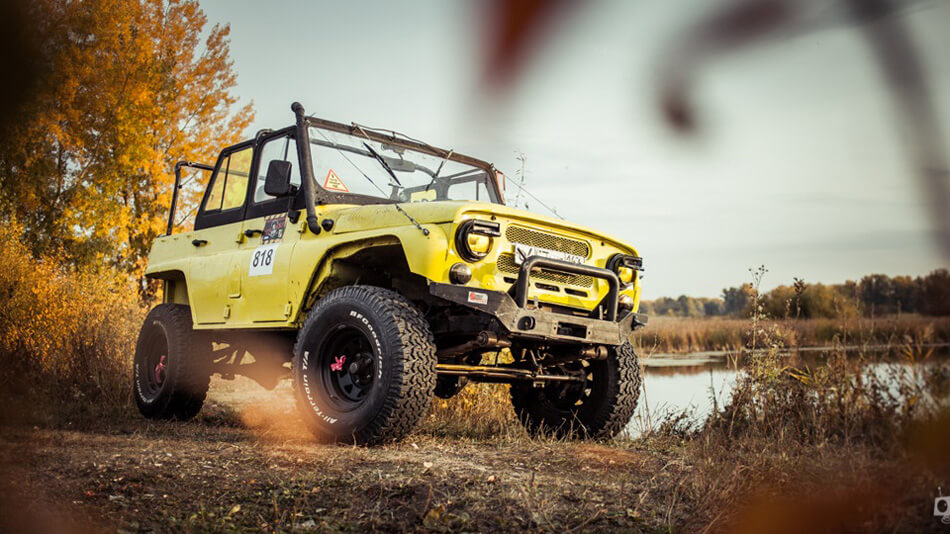 It was a drop-top 4-door vehicle that was capable to seat up to 7 people: two on the front, three on the back, and two more in the cargo compartment on the side-mounted jump seats. Alternatively, it could take two passengers and 600kg of cargo on board, or 5 passengers and 100kg of cargo. The gauges were located in the center of the dash so the higher rank military personnel sitting on the passenger seats could keep an eye on them. It’s got two fuel tanks, 39 liters each, that gave a pretty good range. Talking about the fuel, UAZ 469 was designed to operate even on 72 octane fuel, however, 76 octane was more preferable. The interior comfort was simply absent, just like in any other military off-road vehicle of that time, because it was addressed to the people who were not used to comfort anyway. 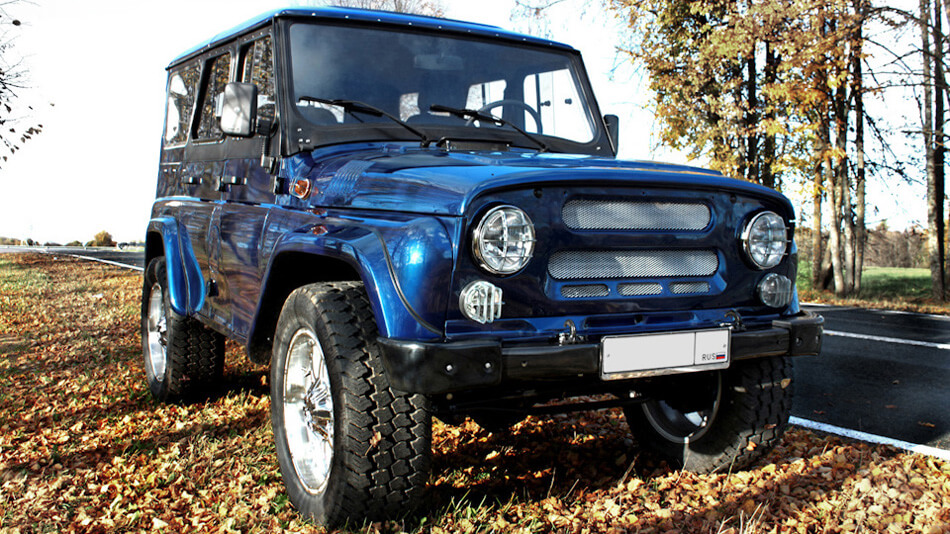 Just like all other military vehicles Russian 4×4 UAZ 469 was not available for private owners for a long time however it was widely used as a workhorse in the agricultural sector and other specialty services.

In 1974 a group of factory test drivers climbed to the top of Elbrus pike in Caucasian mountains on a pretty much stock UAZ 469, which was a way more important achievement than many modern promotional campaigns. Thanks to a friendly looking design of the front end it soon received a nickname Bobik, which literally means Buddy.

This model received a couple of more technical modifications during the years until production was discontinued in 1985. The same year the model name was changed to 3151 because the majority of internal and external components were redesigned. UAZ 3151 and later modification UAZ Hunter are based on improved platform of the good old military 469 and have many common exterior elements. 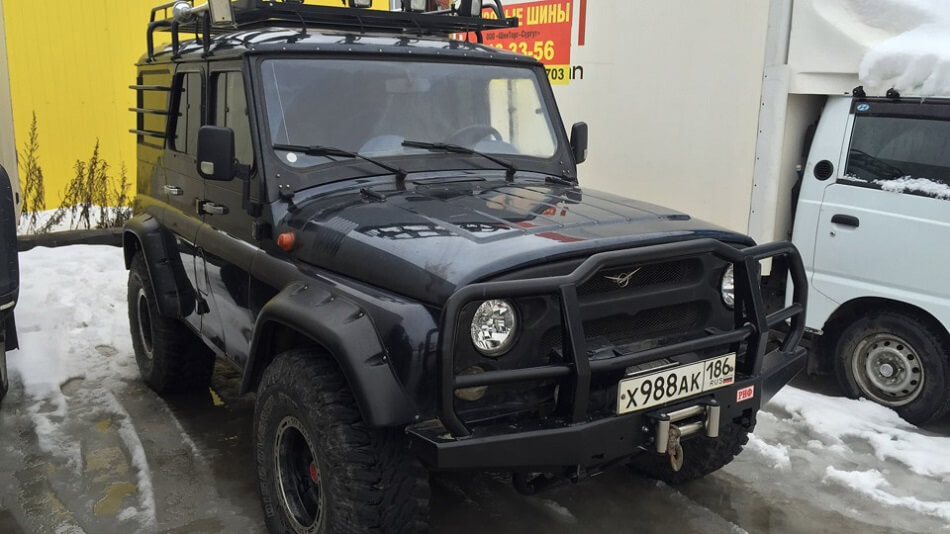 Modernized UAZ hunter remains in production until today and it is available for sale in Russia and other European and Asian countries. It is compliant with EURO 5 emission standards and comes equipped with front disc brakes, modern suspension, and comfortable interior.

There is also a long base version UAZ 3159 which is slightly less popular among UAZ enthusiasts. It can seat up to 9 passengers thanks to the extra room in front of the rear axle. 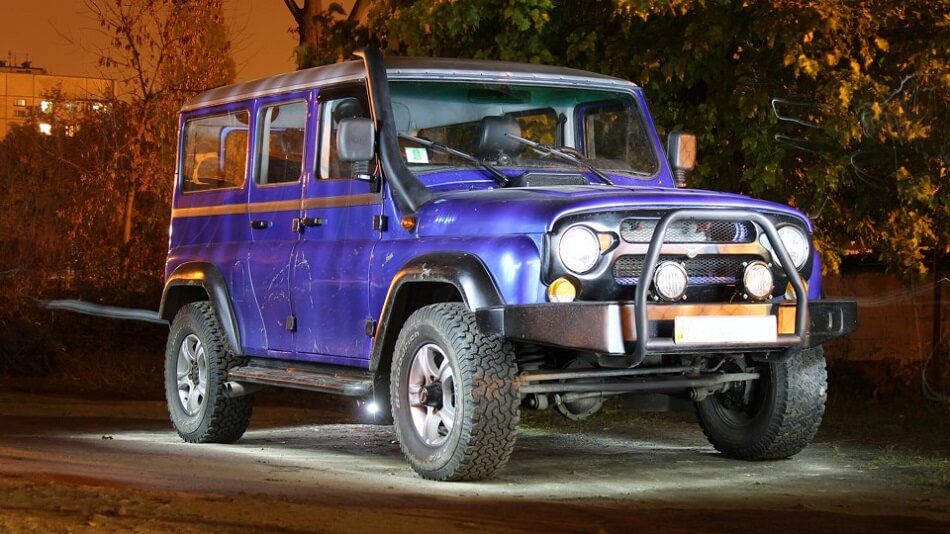