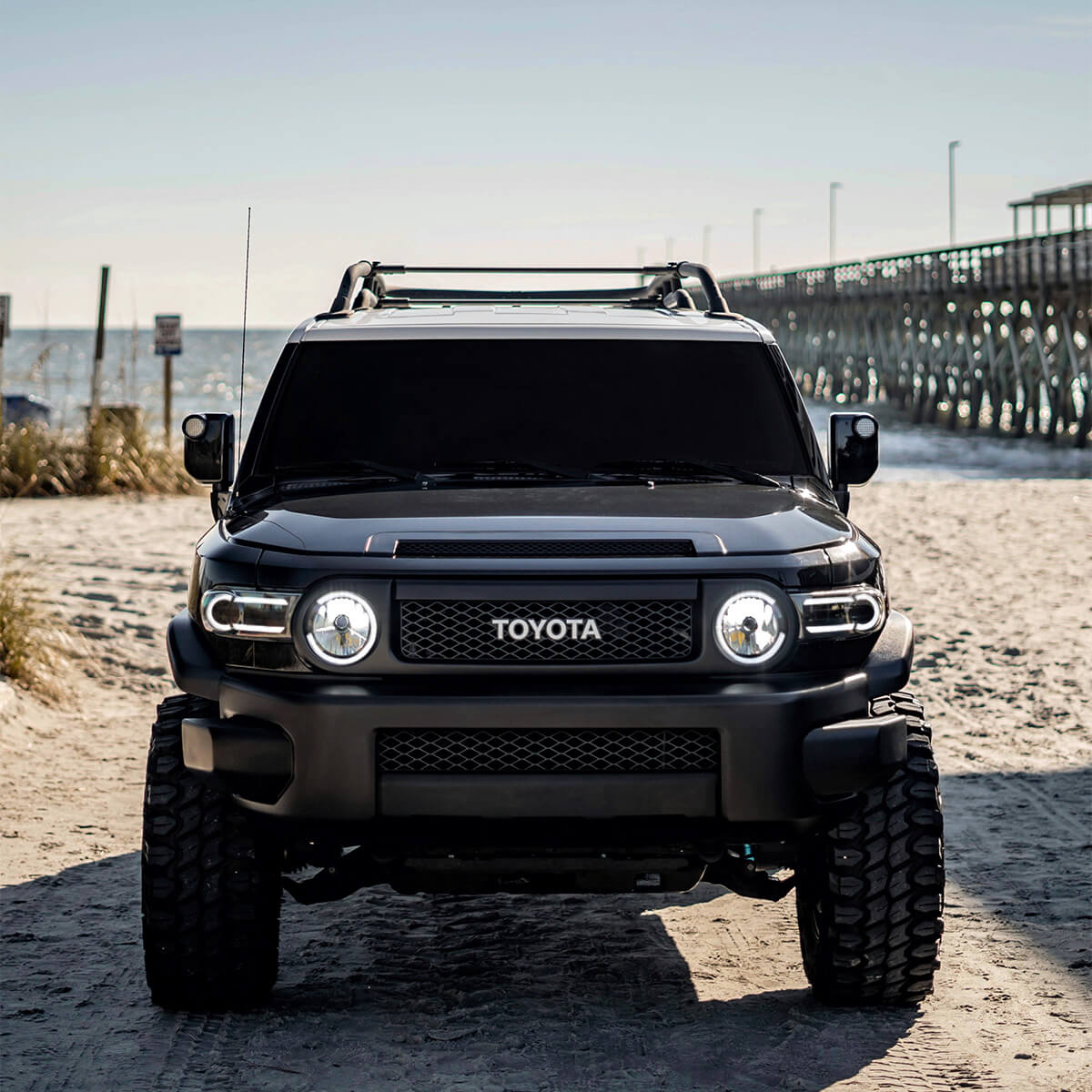 Paying homage to the original Toyota FJ40, the FJ Cruiser, introduced to the market in 2006, features a boxy design and round, very close-set headlights for such a wide-bodied vehicle. This gives the SUV a unique, distinctive look, which attracted tens of thousands of buyers in the U.S. from 2006 until 2014.

t’s not the most versatile vehicle on the road, but if you want to test its capabilities off the beaten path, you will surely be impressed. Extreme off-road trails – that’s where the FJ Cruiser really shines. Even the stock suspension setup has enough articulation to allow the vehicle to effortlessly crawl over boulders and logs. 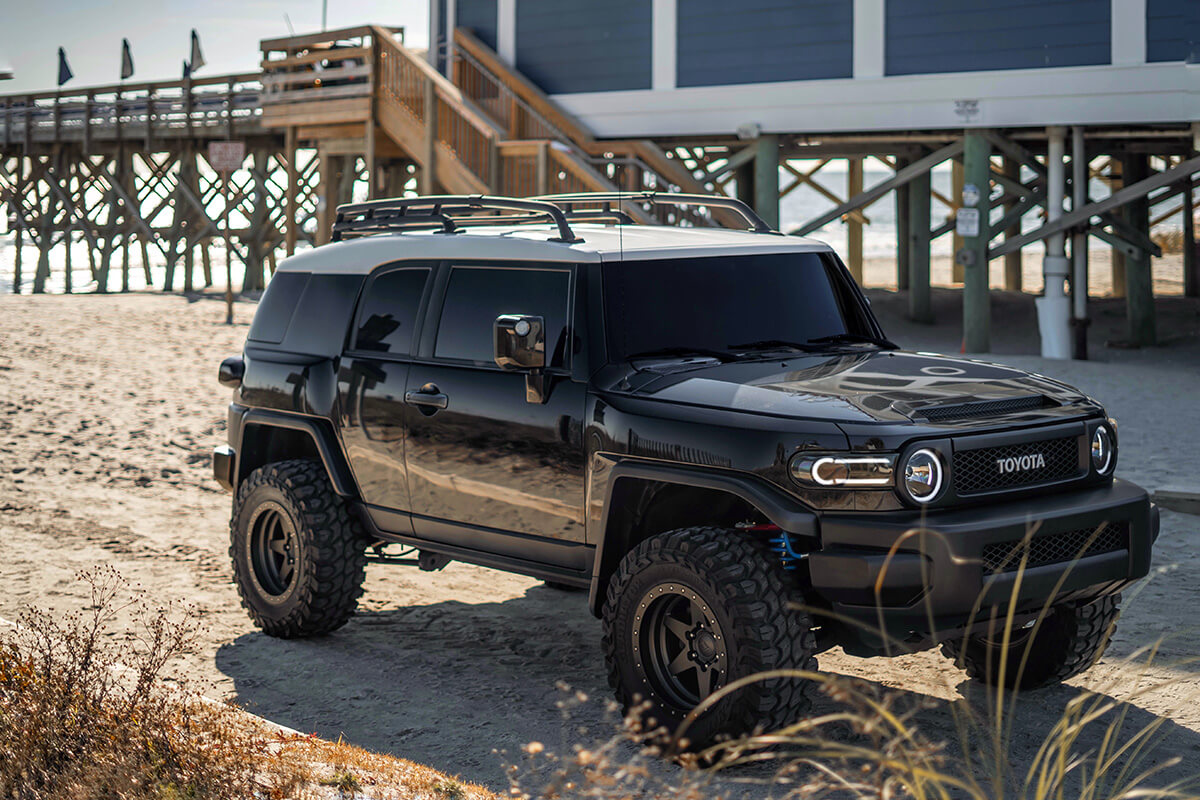 Driving comfort and reliability, the look that doesn’t blend in – these were the main reasons why Tom Segura from North Carolina has traded his 2019 4Runner TRD for the FJ Cruiser in April 2020. And the first thing he did is installed new LED lights front and back and blacked out all silver exterior parts: the grille, bumper inserts, mirrors, and door handles to make it look even more unique and aggressive.

The suspension lift and custom wheels wrapped in mud-terrain tires complete the picture and make the truck even more capable off-road. We feel that this is just the beginning of this vehicle’s modification journey. We will keep a close eye on Tom’s FJ Reaper project. 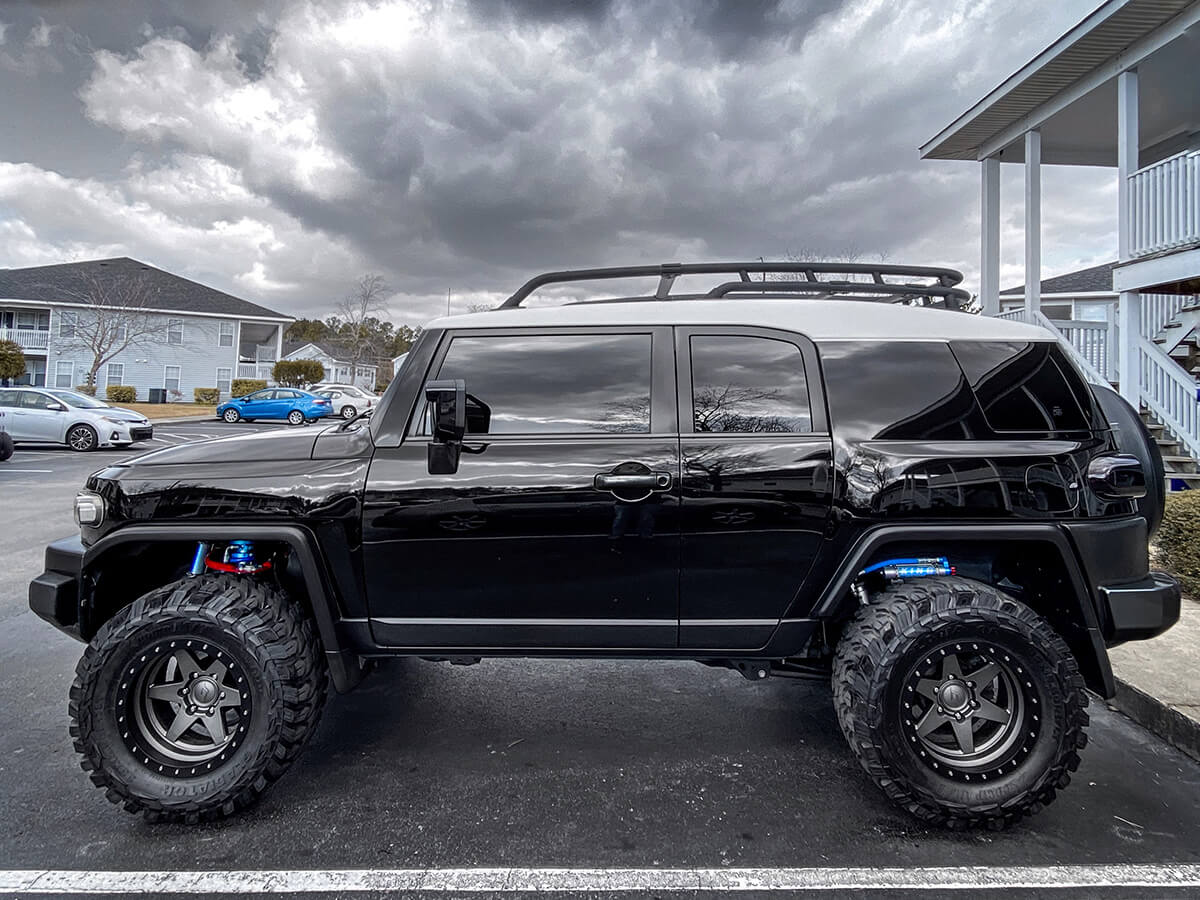 – I’ve always liked trucks/cars growing up and when I got my first vehicle back in high school I went mud riding with some friends and I got hooked. After that I took my truck (2005 Nissan Xterra at the time) on trails almost every day after school both for the fun of riding and also to see new places/photograph. (I’m also into photography)

– Reliability, uniqueness, rarity (compared the things like Jeeps, trucks, etc), quirkiness, and the flat out capability of the FJ. I like to stand out and the FJ does that. They also hold incredible value and will never leave you stranded all while having the ability to take you pretty much anywhere you could ever want to go!

– I’ve always been into pre-runners and been interested in high speed off roading but with long travel being on the pricey side, I could not quite justify spending so much on a (at the time) daily driver, so I decided to go with a mid travel setup. But I did stick with an extended travel coilover/shock with compression adjustability that way I can do some higher speed stuff if I feel like it. 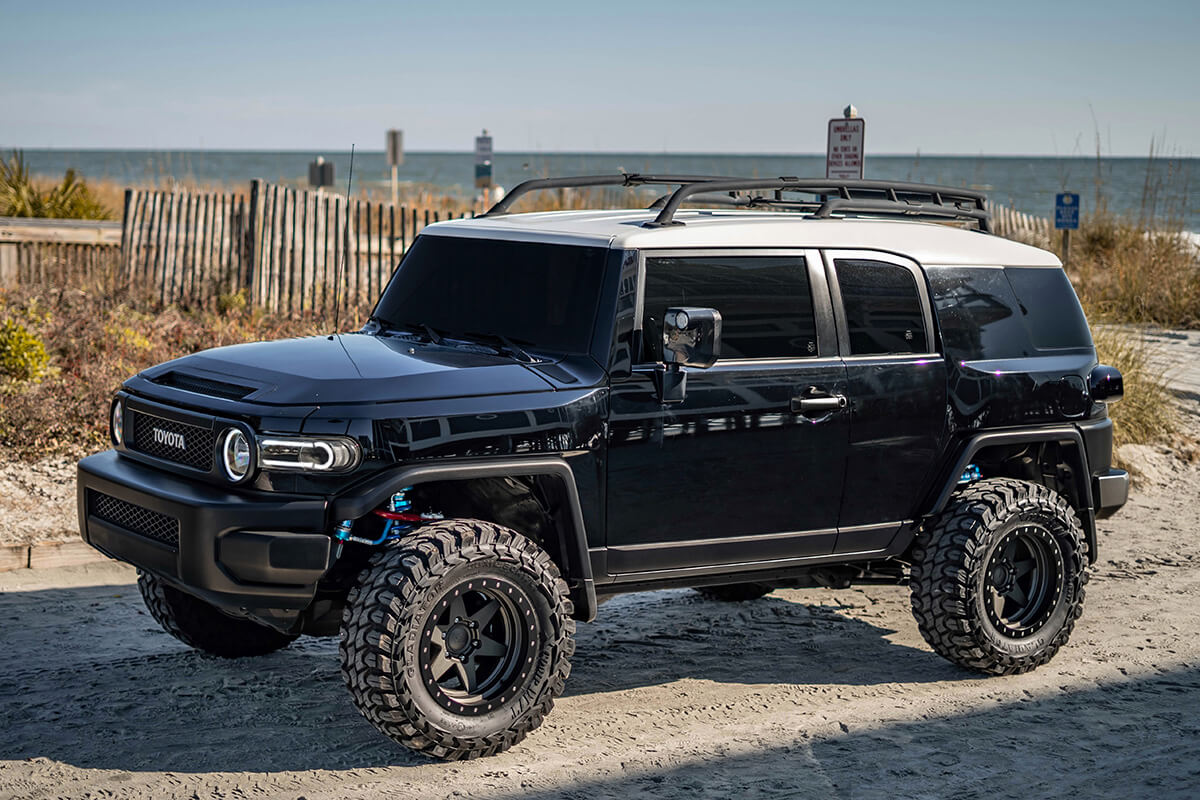 – The only real challenge was getting the specs right. Ordering suspension that fits the specs and needs that I was trying to achieve along with the right wheel offset/tire size that both looks and performs the part. Forums were my best friend for that!

– It’s super unique, capable, reliable, and it’s just “me”. Most FJ’s are different from one another because each owner has their own style and needs and I like that.

– It started as my daily but now it’s more of my toy. It’s great for both applications aside from gas mileage!

– I don’t as much as I would like to. I bought it shortly after moving to NC so I don’t know all the places like I did before moving. Mostly just trips to the beach as of now. 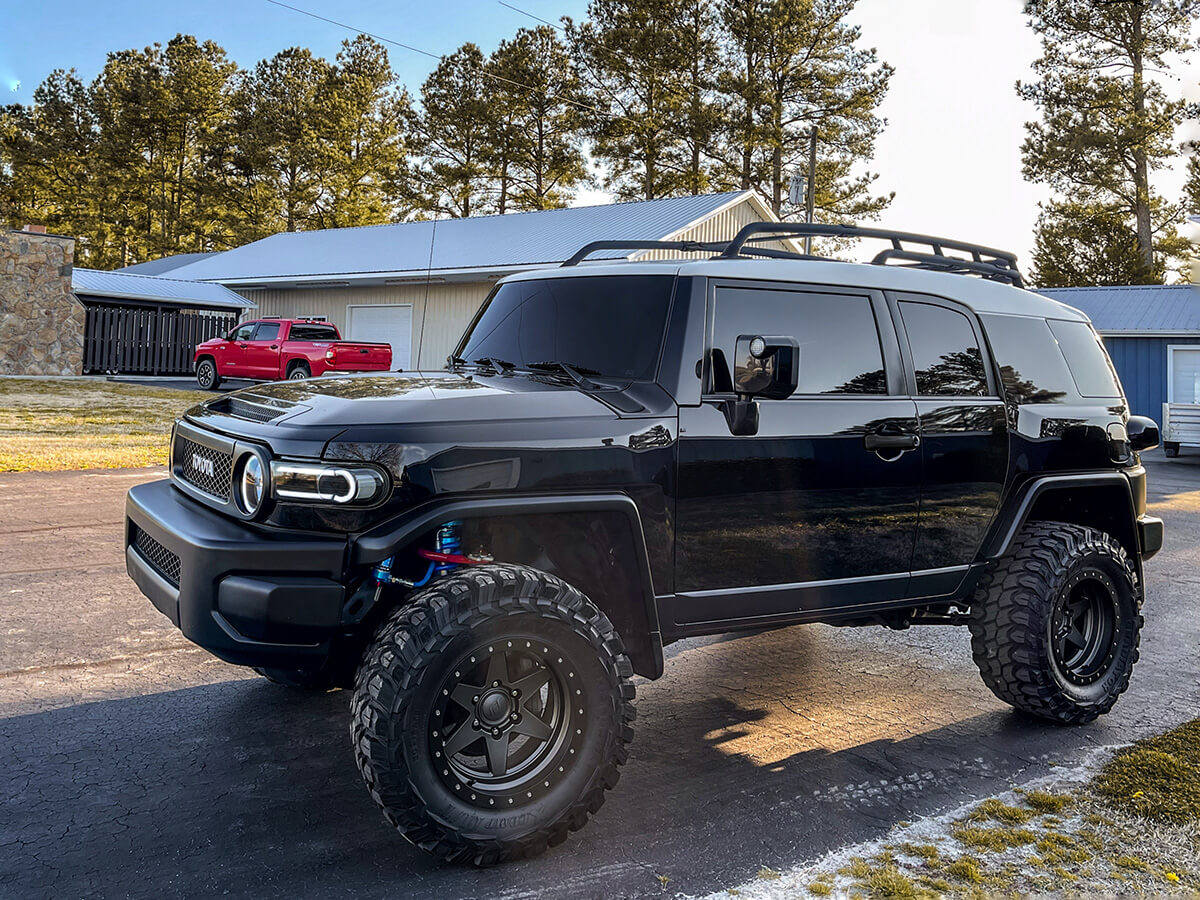 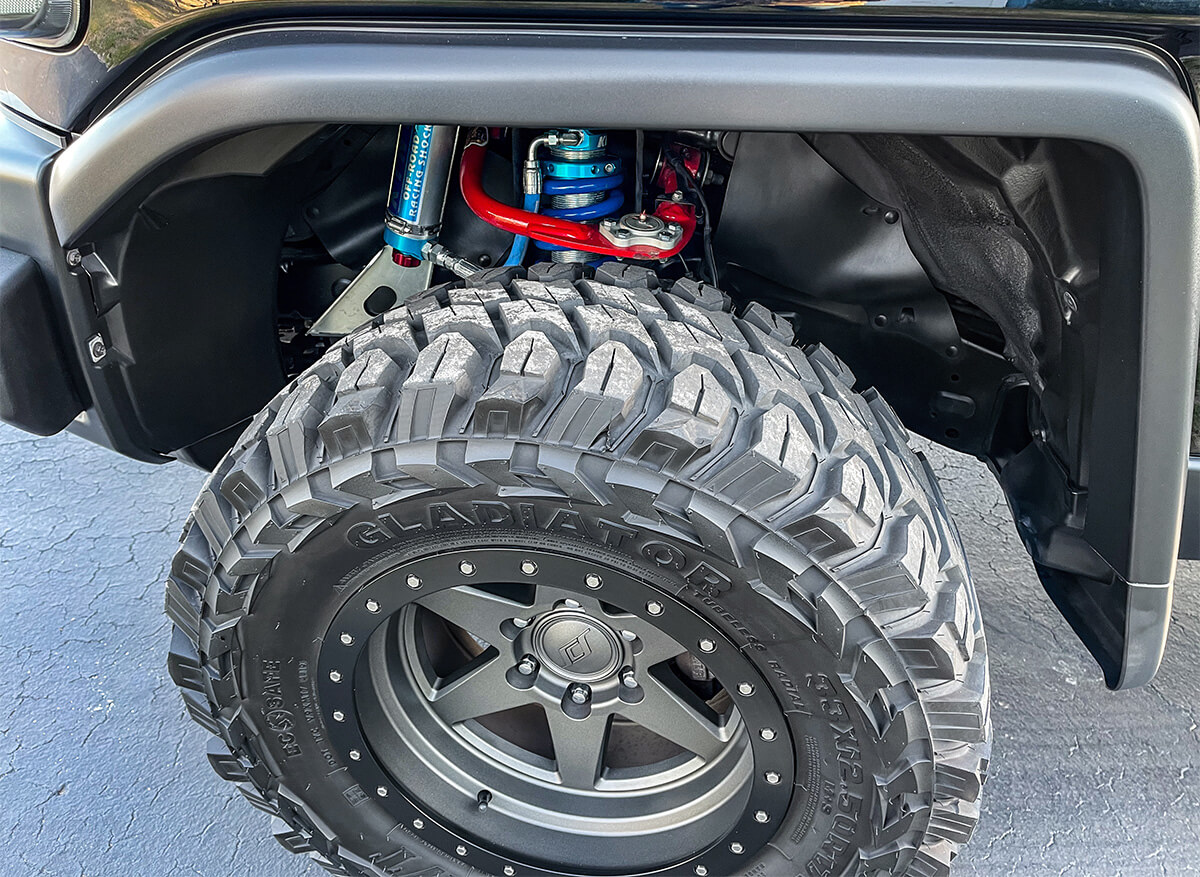 – Interior is bone stock so far as I haven’t even had the truck for a year yet so it’s a work in progress! 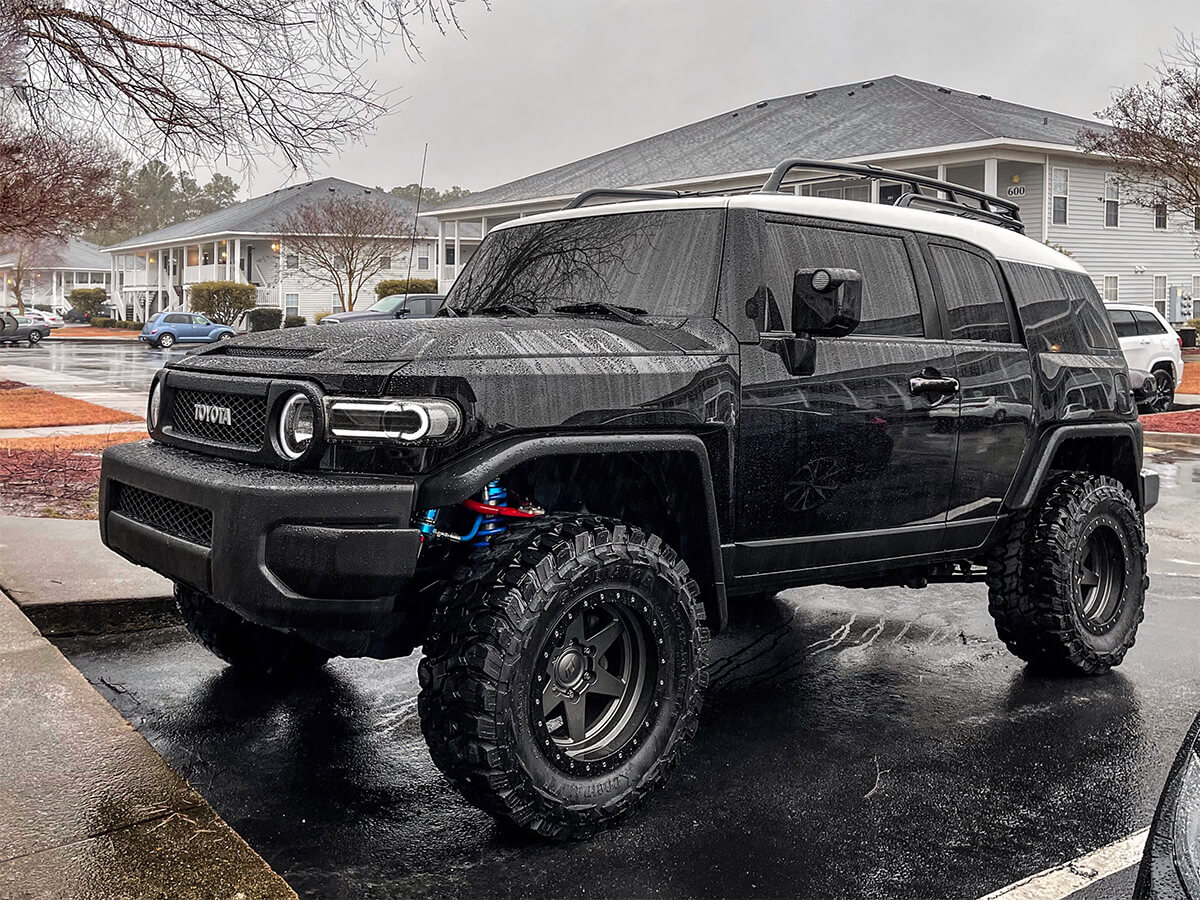 – I plan to do a body mount chop for tire clearance along with front and rear armor. Other than that, I’ve really taken it as far as I planned. I may also do more cosmetics like color matching the roof and such

– I think I’ve covered it. I’ve had 17 vehicles the last few years (I like to buy, build, then sell a lot) and I got to say the FJ is different. I love it differently than anything else and it’s definitely one of my favorites! 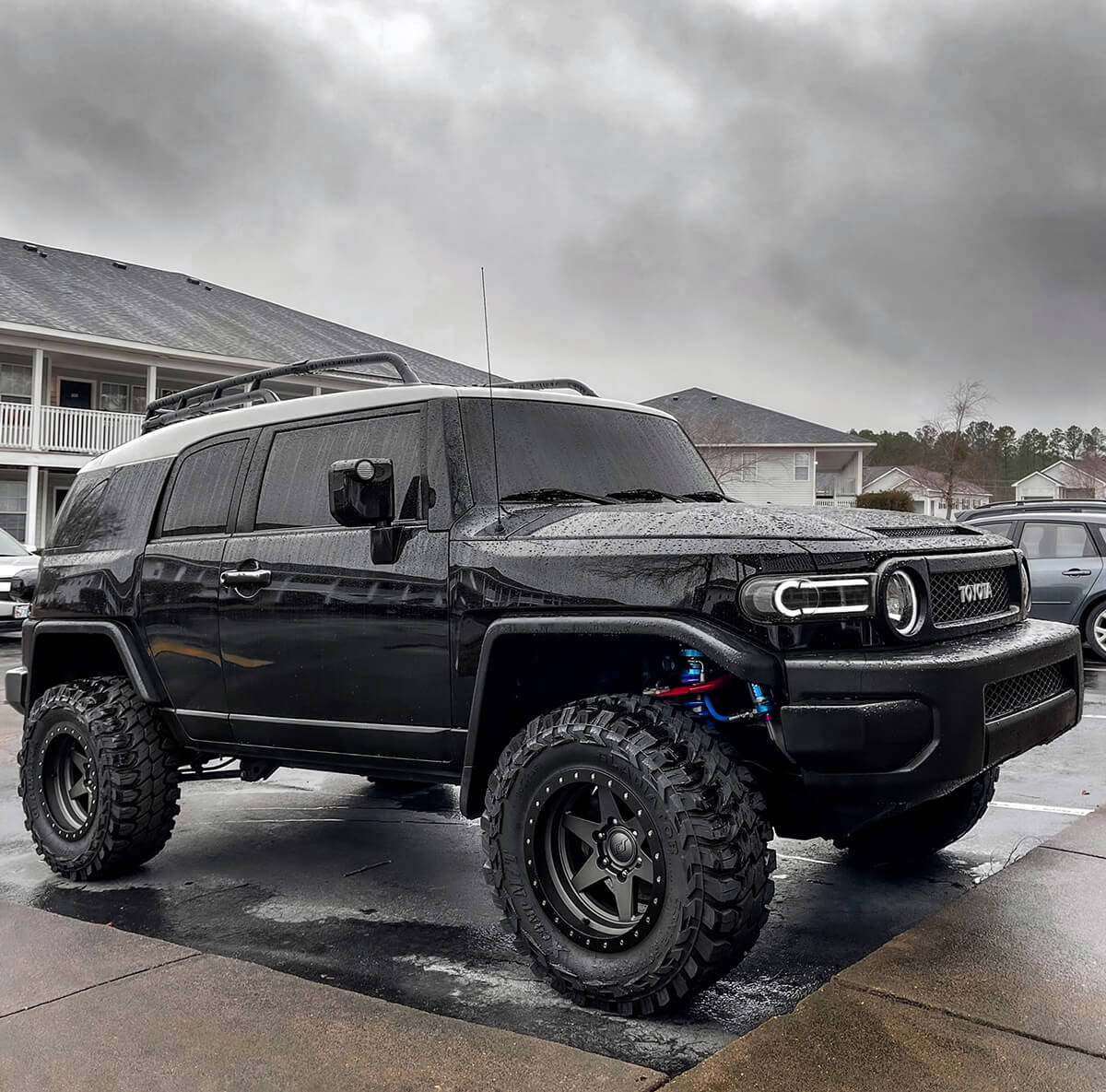 Watch the progress and find out more about this Toyota FJ-Cruiser project by visiting the Instagram profile of the owner: @fj.reaper!

Meet Wandertaco, the Overland-Ready Camp Rig Based on the 2008 Toyota Tacoma TRD Sport

First-Generation Toyota 4Runner That Put SUV Format on the Map