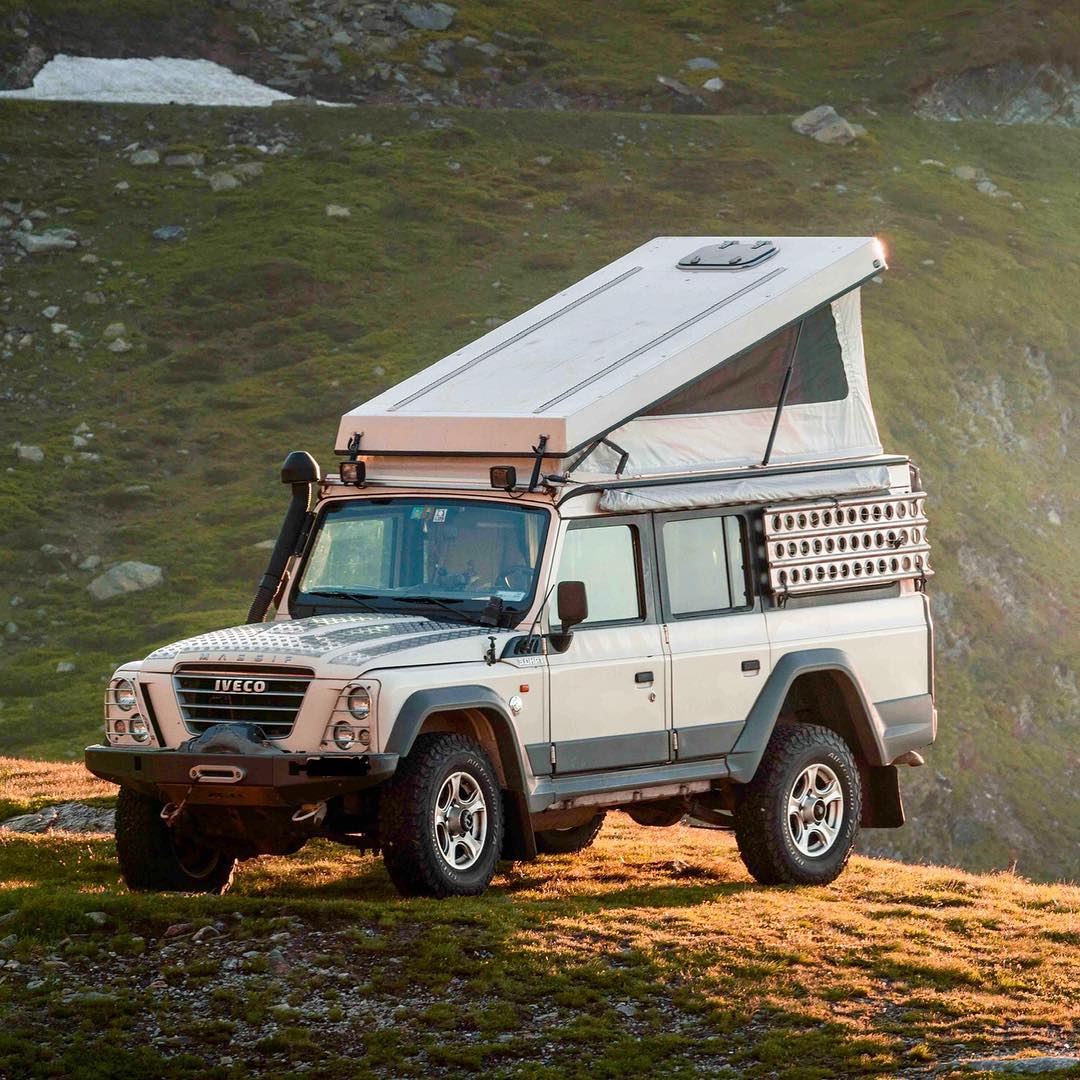 A lot of modern 4×4 vehicles became available for civilian customers after establishing a successful career in the military forces. Back in the day, it happened with a Chevy K5, Hummer, Mercedes G-Class, and certainly a Land Rover Defender.

Iveco Massif – the vehicle we’re about to discuss in this article is a body-on-frame 4×4 SUV produced for the European domestic market by a Spanish manufacturer Santana Auto. You don’t have to be an expert to notice the proportion and design elements of the good old Land Rover. Except for the restyled front end with new optics and plastic body cladding, the side profile remained practically unchanged, same as the chassis and the layout. 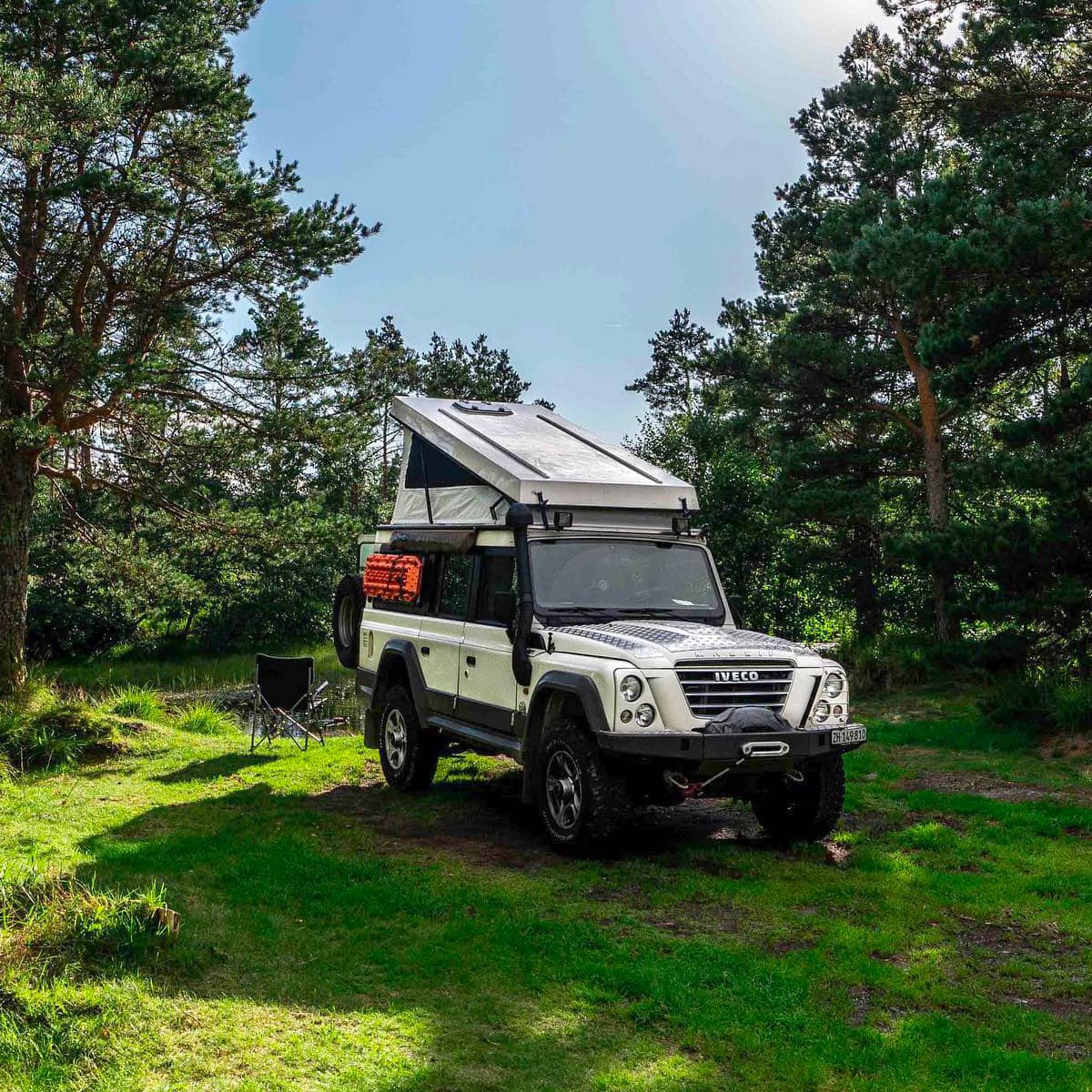 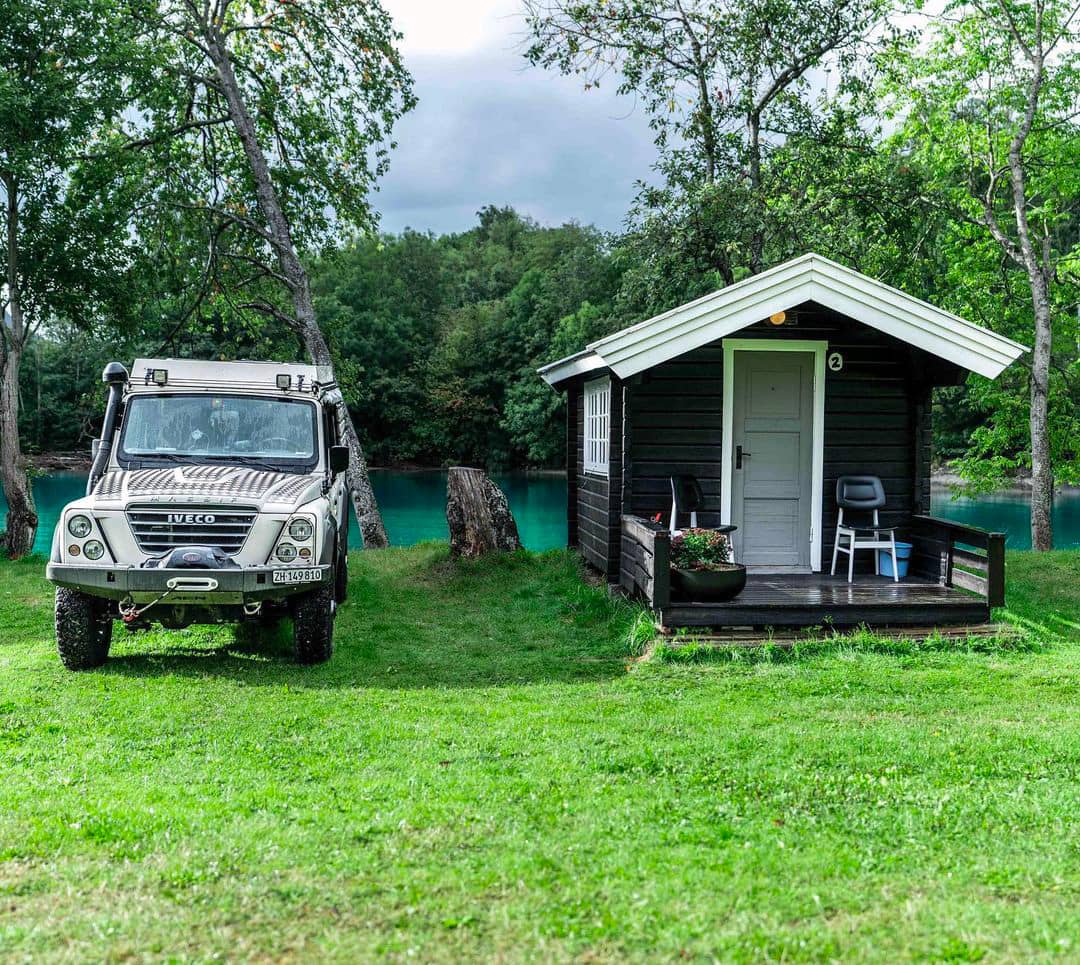 Santana Auto produced Land Rover vehicles under the license of the brand since 1958 and marketed them under the Land Rover Santana name in European countries, as well as the Middle East and Latin America. Thanks to the high quality and reliability of Santana models, they became collectible among the Land Rover enthusiasts even in the United Kingdom – the homeland of the brand.

“Thanks to the high quality and reliability of Santana models, they became collectible among the Land Rover enthusiasts even in the United Kingdom” 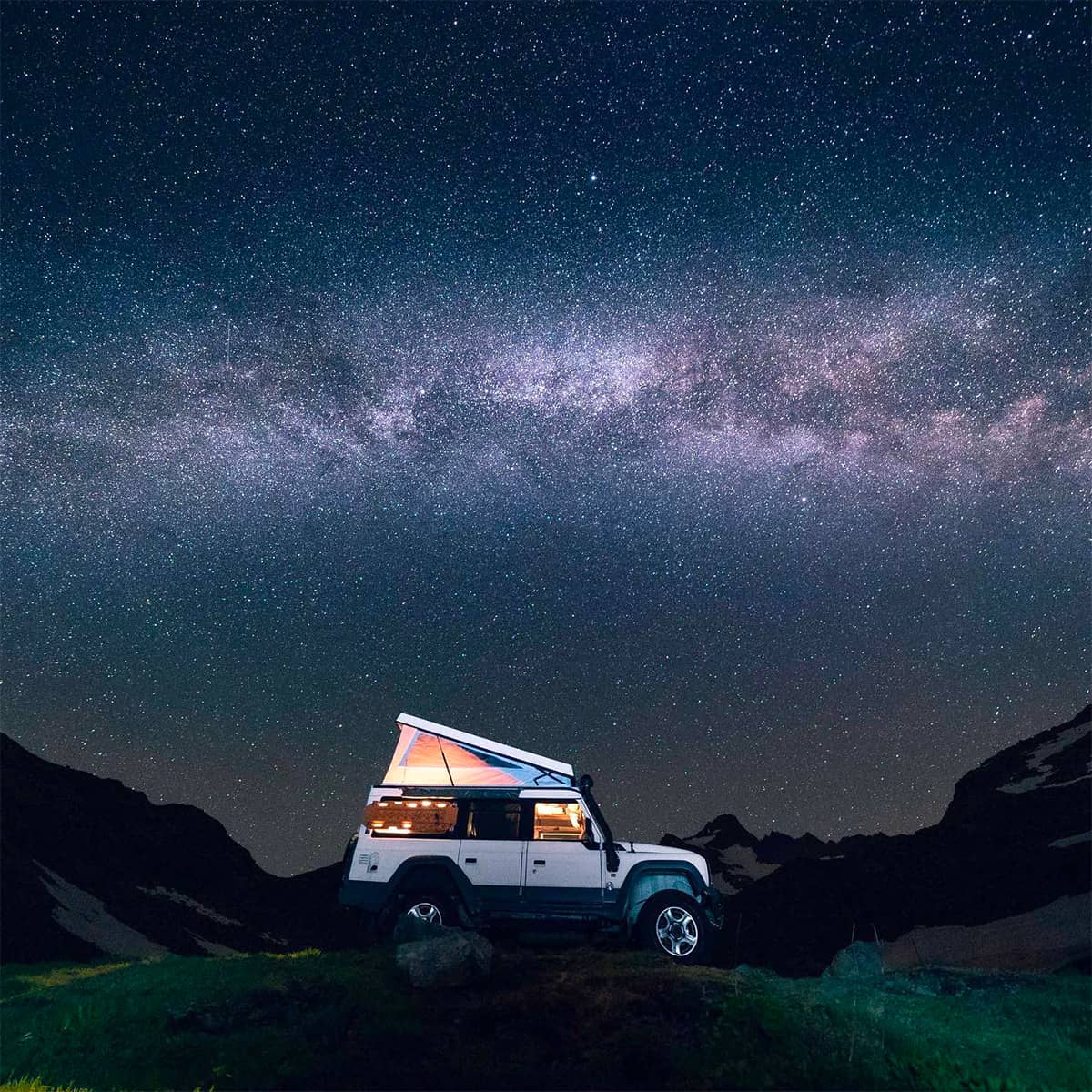 After financial difficulties forced Land Rover to cancel its participation in Santana Motor in 1989, the brand started to market its vehicles under the Santana name. Another major step in the history of the band was the development of the PS-10 military and civilian model, which received a row of modern technological advancements and new Diesel powerplants. 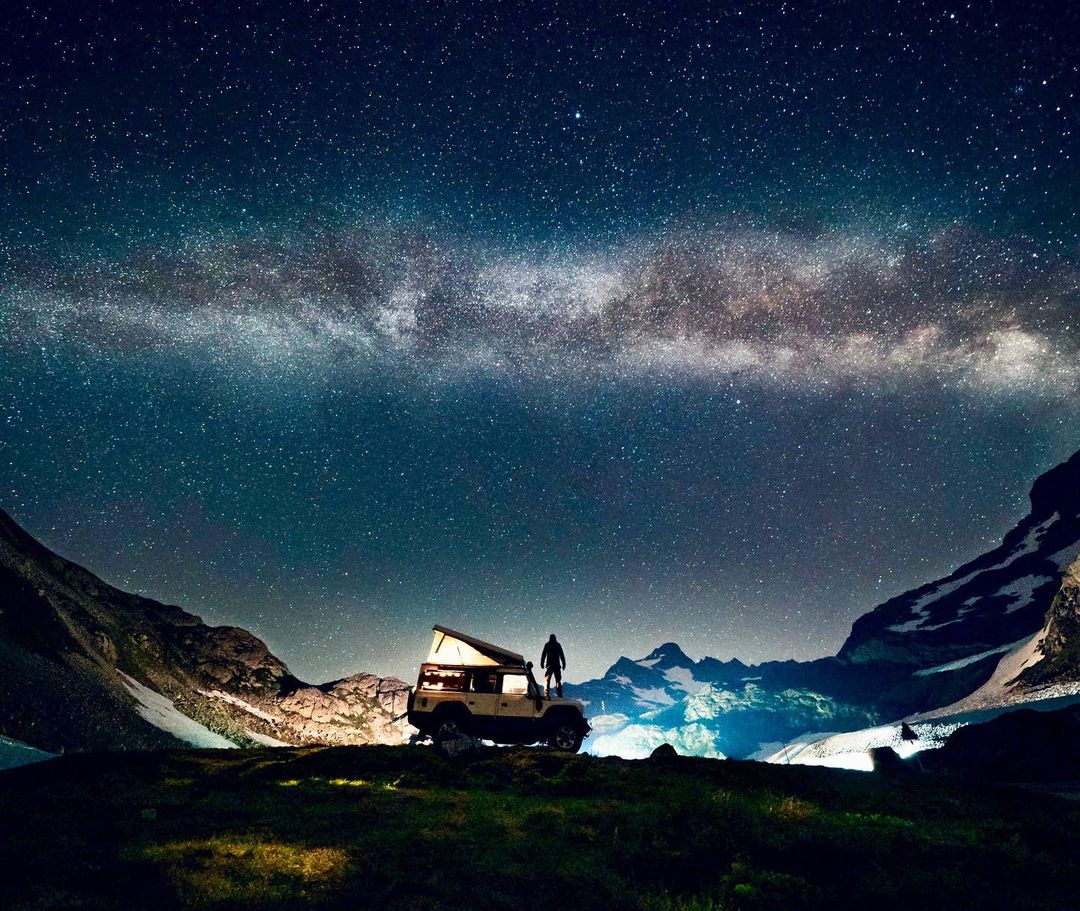 “Iveco Massif is the newest variation of the Santana PS-10 model upgraded to suit the requirements of modern European drivers.” 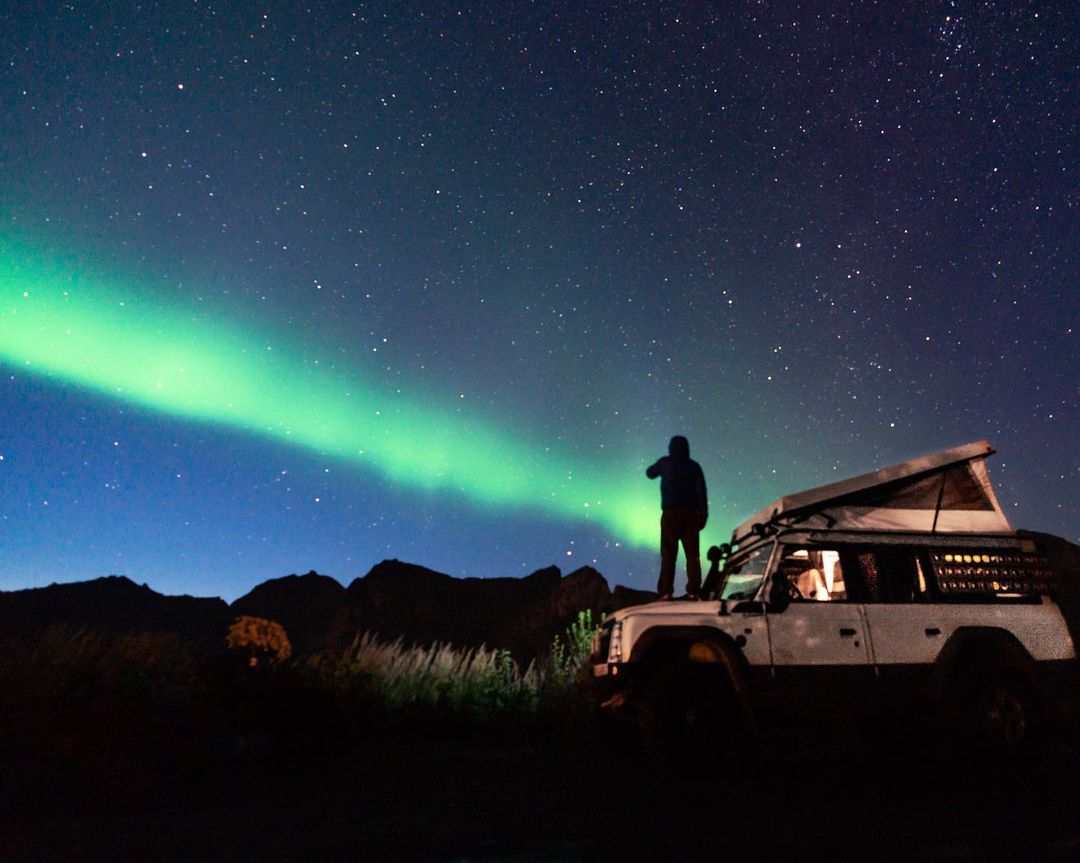 Iveco Massif is the newest variation of the Santana PS-10 model adapted to the requirements of modern European drivers. Unlike the Land Rover, it no longer features a full-time 4×4 for the sake of fuel economy on paved roads and gives the ability to switch between 2×4 and 4×4 modes depending on the situation. Low range gearing and locking differential are still available on the off-road versions of the model. The old manual 5-speed transmission was replaced by a more advanced 6-speed ZF unit for additional fuel economy at higher speeds.

“Unlike the Land Rover, it no longer features a full-time 4×4 for the sake of fuel economy on paved roads and gives the ability to switch between 2×4 and 4×4 modes depending on the situation” 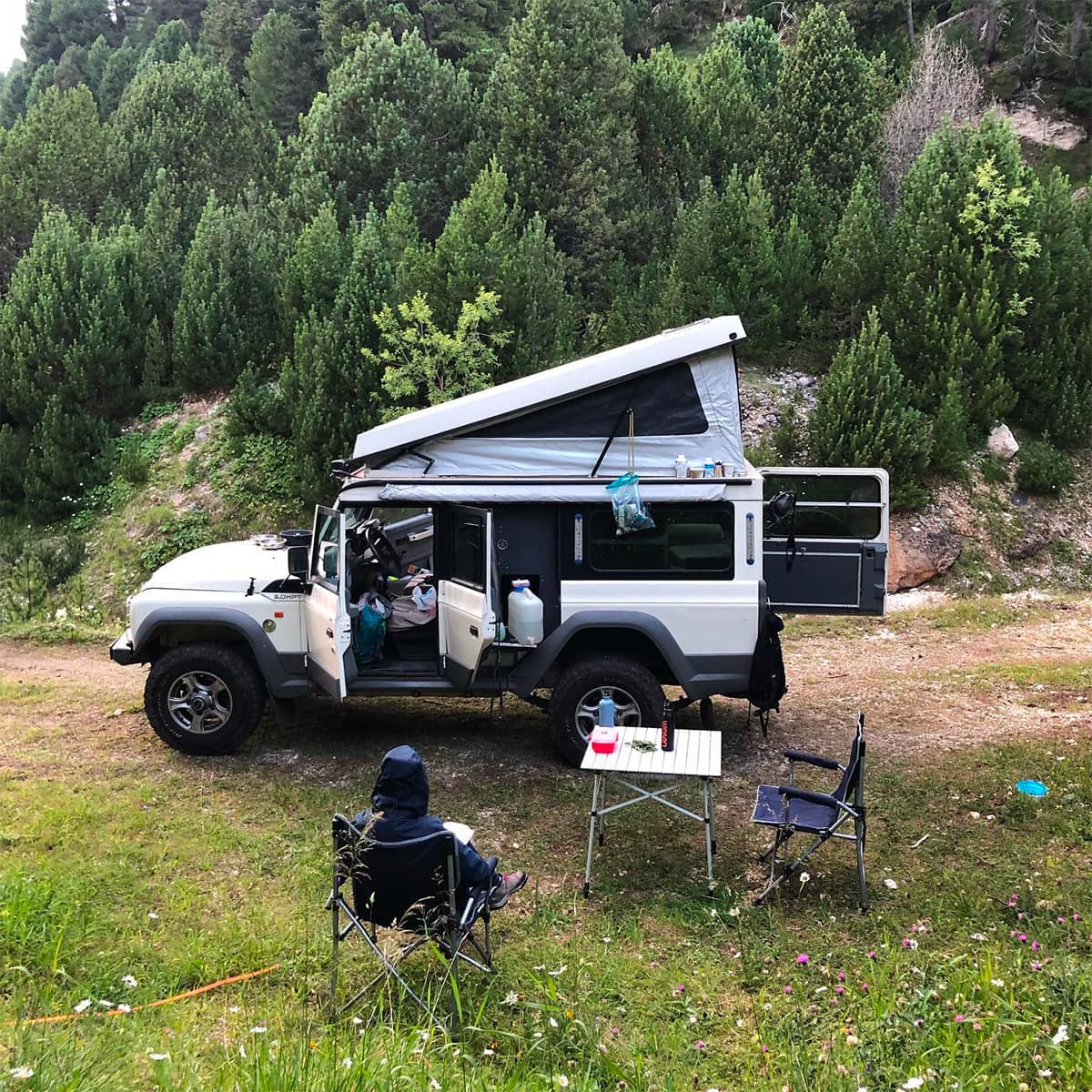 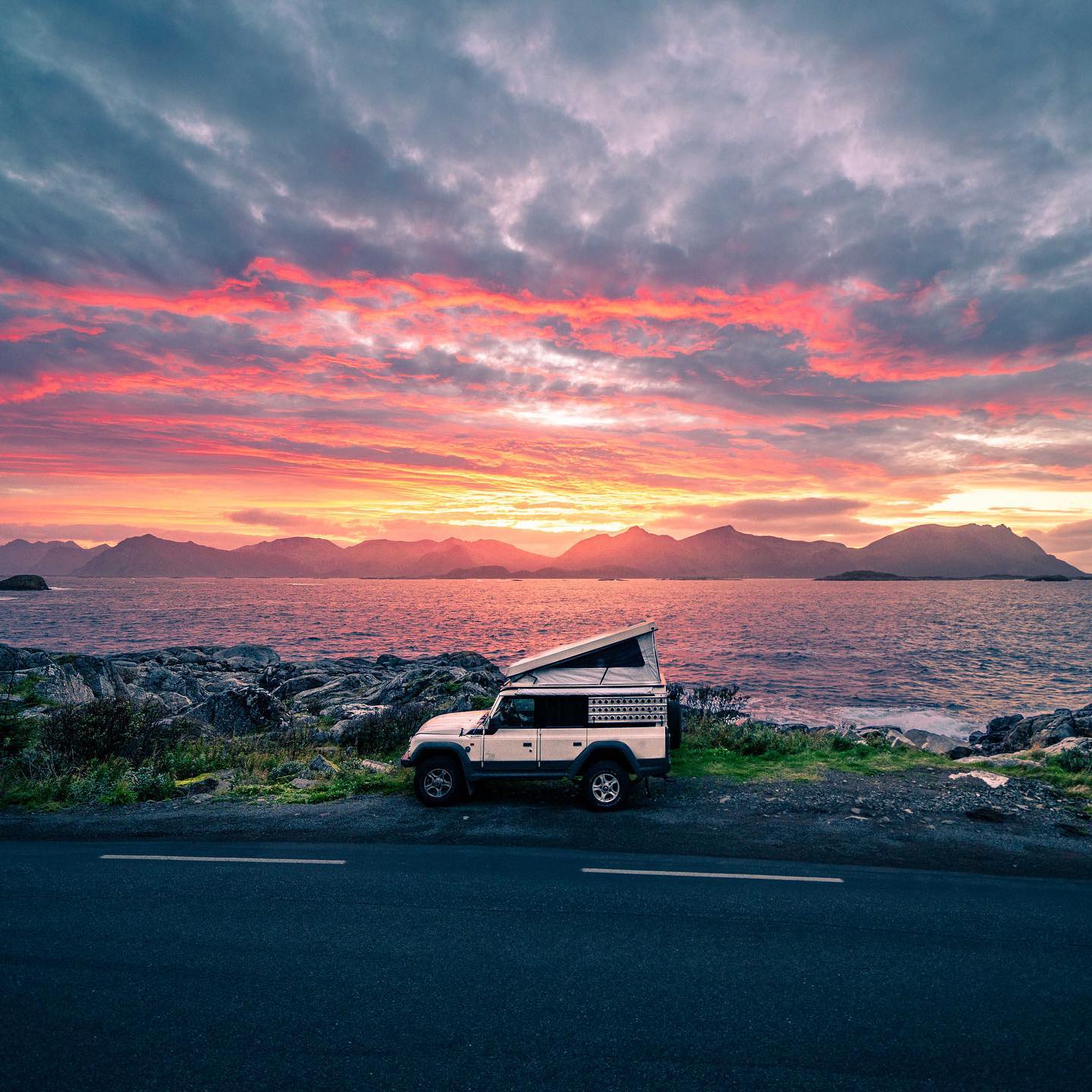 Just like the Land Rover Defender, its Italian brother Iveco Massif became one of the best vehicles for off-road and overland-style adventures, thanks to exceptional reliability, spacious interior, and impressive offroad capabilities. That’s why it became a vehicle of choice for a talented photographer Tolis. His already ex-rig is fully equipped for off-road expeditions to help its owner reach the most desolate locations in the European continent and far beyond its borders. 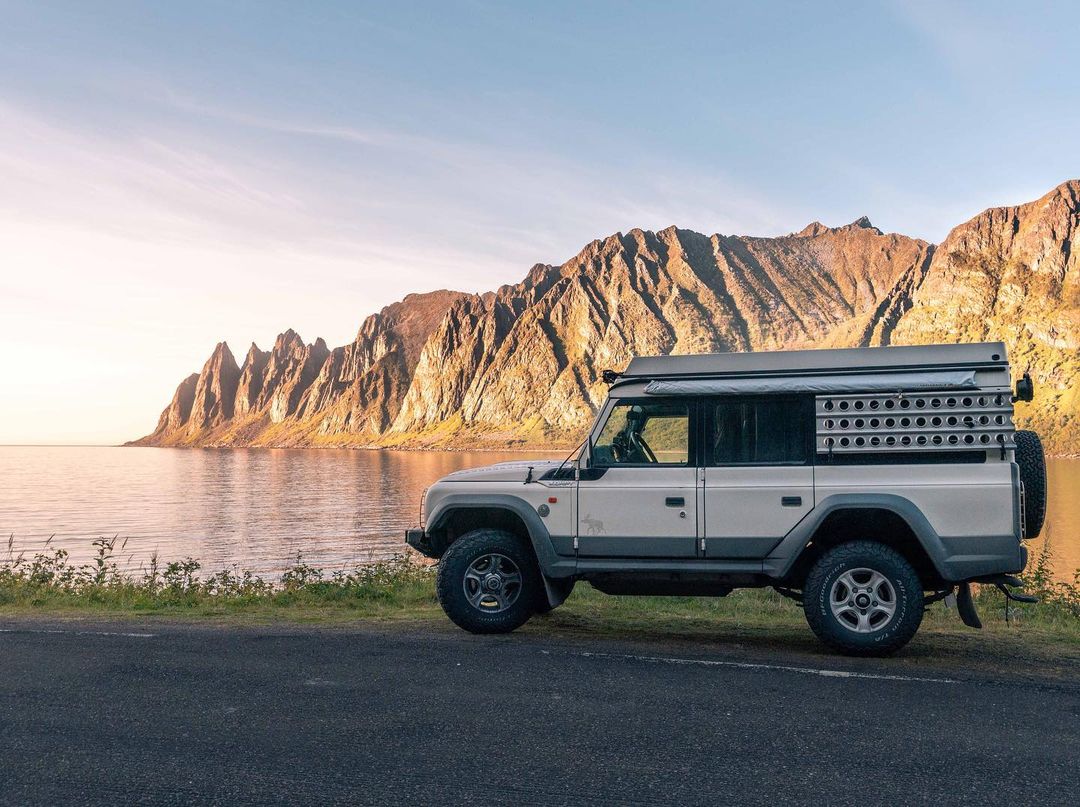 It sits on a set of factory rims wrapped in BF Goodrich All-Terrain tires and stock suspension, which is just enough to overcome the majority of the off-road obstacles. Among other gear are the winch-mount steel bumper, a set of bright orange recovery traction boards, and a huge hard shell rooftop tent that occupies the entire perimeter of the roof. 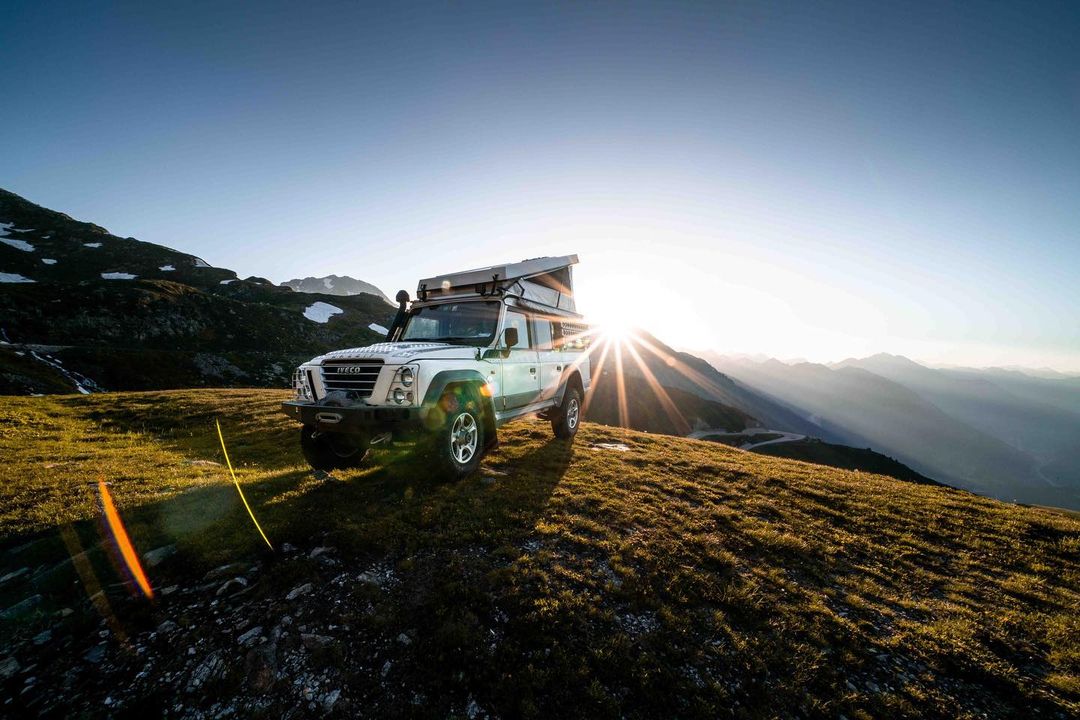 Being one of the rarest off-road vehicle models in Europe it’s not that easy to find a used Iveco Massif. While the majority of trucks available for sale have a pretty good condition they may still have pretty big mileage. Prices vary from 13,000 up to 30,000 EUR depending on the year, condition, mileage, and of course, installed off-road mods. 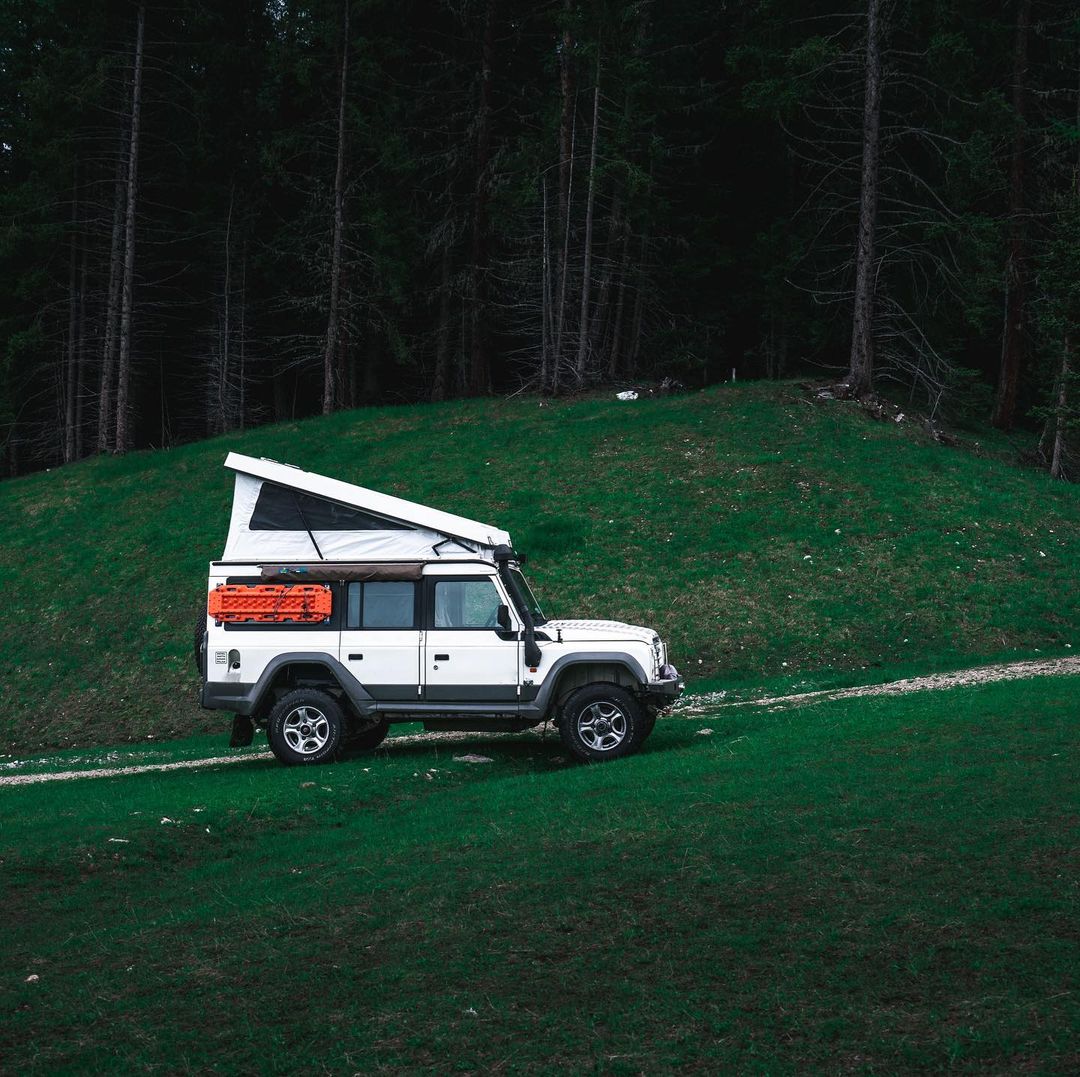 Watch the progress and find out more about this Iveco Massif project by visiting the Instagram profiles of the owner: