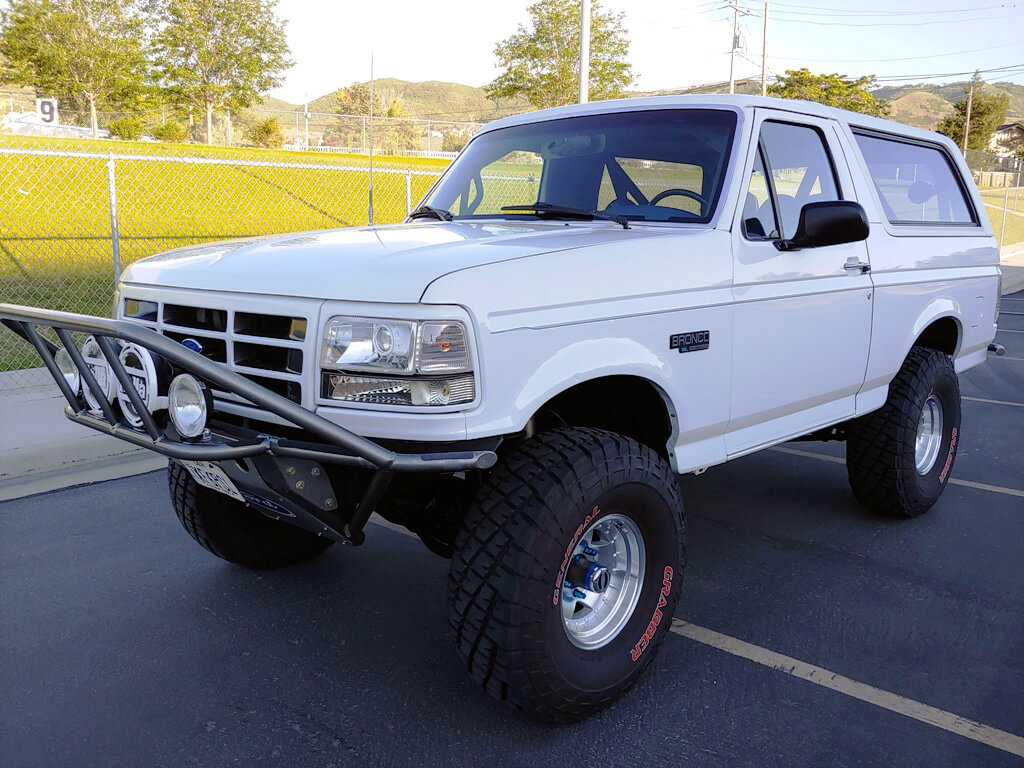 The freshly resurrected Ford Bronco became one of the brightest releases of 2021 with the automotive community going absolutely crazy about it. It’s no wonder because the truck turned out to be nearly perfect design- and performance-wise, but there is one thing that disappointed me deep in my soul…it doesn’t have anything to do with the OBS Full Size Bronco.

Perhaps there aren’t many people sharing the same feeling like me, but there is certainly something special about the OBS body style that, in my humble opinion, deserves a tribute.
Although, taking a look back at Ford’s strategy on resurrecting the Ford Mustang back in 2004 suggests that chances to see a modern version of the OBS are not that promising. 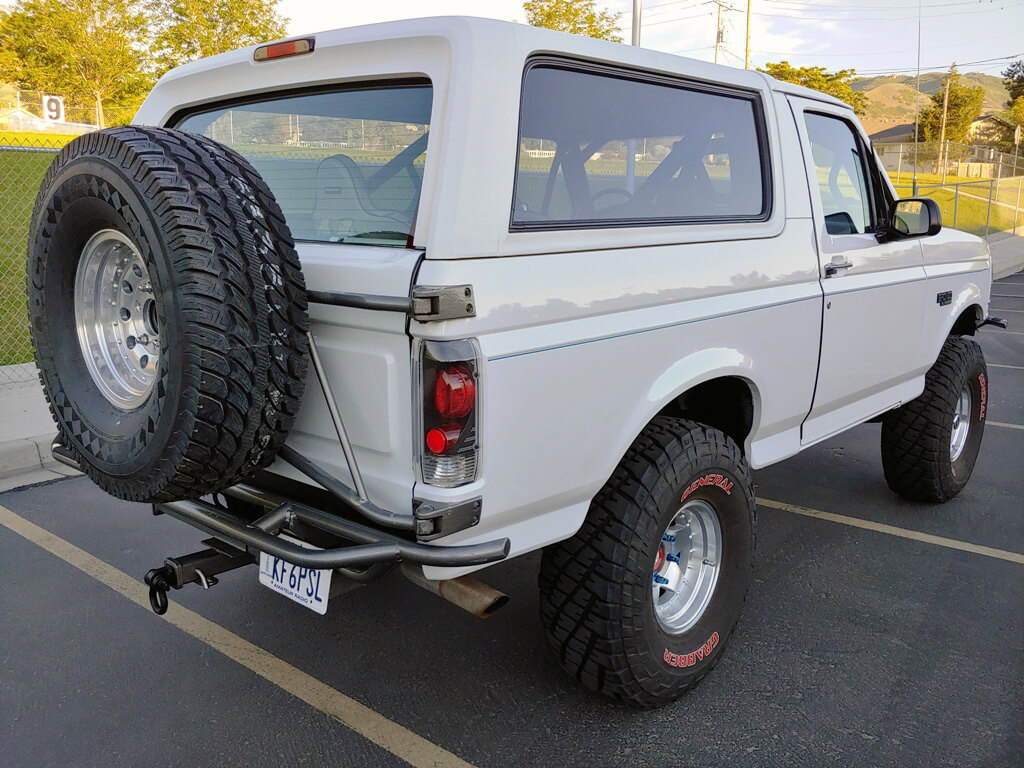 Don’t get me wrong, I love the new generation Bronco, but the nostalgic feeling of the 80-s and 90-s trucks still lives in my mind, and there’s hardly anything I can do with it. Perhaps it’s also one of the reasons why I am so glad to share with you the story of this awesome OBS Ford Bronco pre runner that served as a rally support vehicle for Brad Denham, from Sandy (Salt Lake City), Utah.

“Back in the day, these trucks were dominating the off-road racing competitions throughout the country and south of the borderd”

Being the last of the full-size Broncos it shared the majority of the components with the F150 trucks along with the solid suspension and mighty V8 engines, which made it so popular among the fans of off-road racing. Back in the day, these trucks were dominating the off-road racing competitions throughout the country and south of the border, so it wasn’t a surprise that the majority of the professional fab shops recommended Brad to stick with this platform. Read on the interview below to find out how it went further from this point and don’t forget to check the impressive spec list of this beautiful Ford Bronco pre-runner! 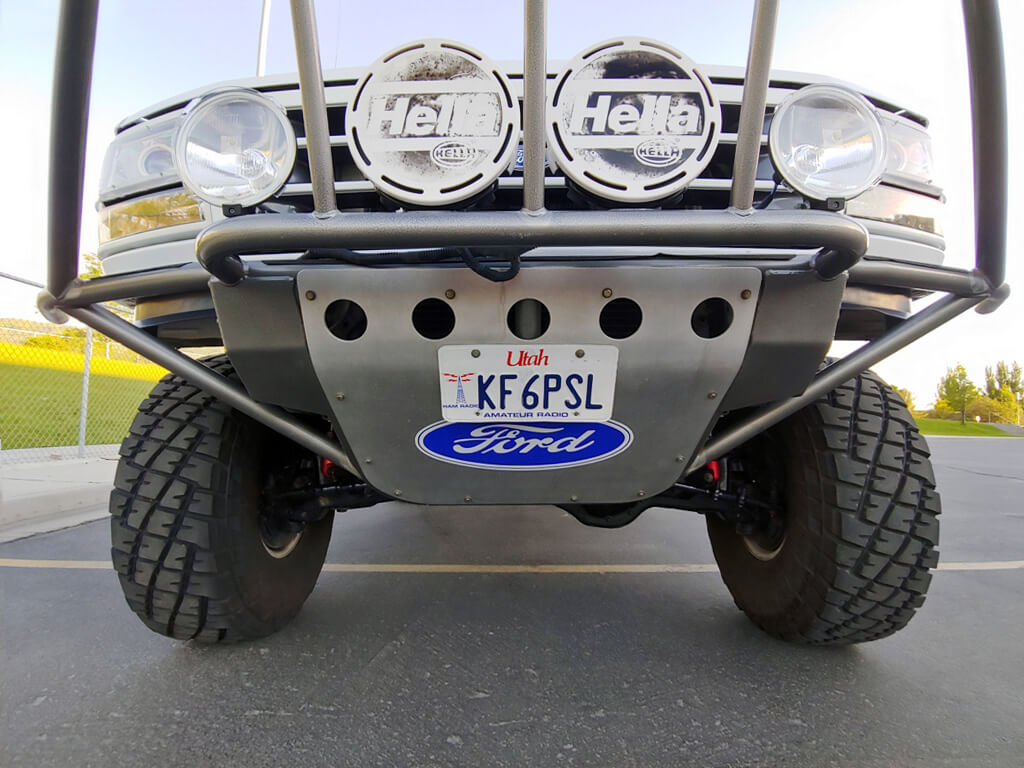 – In the late 80’s/early 90’s when I lived in upstate New York (just outside of Rochester,) I learned that there was a performance rally event that took place every May/June in Wellsboro, PA. It was called the Susquehannock Trail Rally, and friends of mine actually work the rally in the timing team. IN 1994 I moved to Northern California and immediately started to look up rally events that I could attend and even work. And I did…I worked Rim of the World, Gorman Ridge, and the Prescott Pro Rally events and quickly realized that I needed a ‘rally support vehicle’ (read: pre-runner / chase truck) instead of beating up my Ford Escort GT on those rally stages.

“…I quickly realized that I needed a ‘rally support vehicle’ (read: pre-runner / chase truck) instead of beating up my Ford Escort GT on those rally stages”

So – years later – I finally bought my Bronco in 2008 and started prepping it in 2010 to work rally events here in the West…which I did by working the Idaho and Tri-State Rally events in 2017. 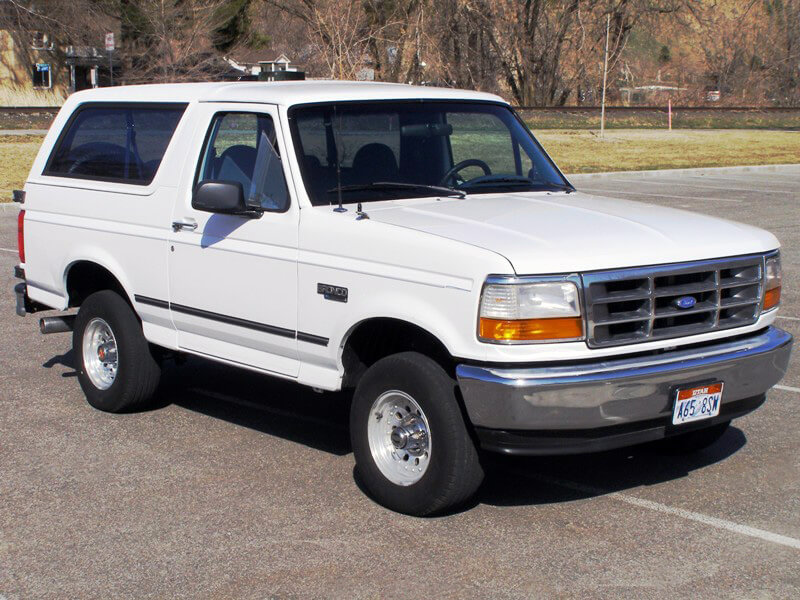 – In the late ’90s and early 2000’s – whenever I was in SoCal for a meeting – I went down a day earlier and visited multiple off-road race and fab shops…probably a half-dozen or so, and asked about what makes a good off-road vehicle. And after hearing all of their input I settled on the late model Bronco as the basis of my offroader. That and it was large, safe, had tons of options for suspension systems, and could be built out well on a budget. Plus, it could be built with four suspension seats to fit my entire family as well! Nobody left home.

– I think the rally community had a big influence…that and the off-road pre-runner community as well. I didn’t have a race truck or a $six-digit$ pre-runner…just something that could get me to and from the rally events and pretty much go anywhere I needed it to go at an event. A real ‘drive it hard and put it away and do it all over again the next weekend without issues’ kind of truck. 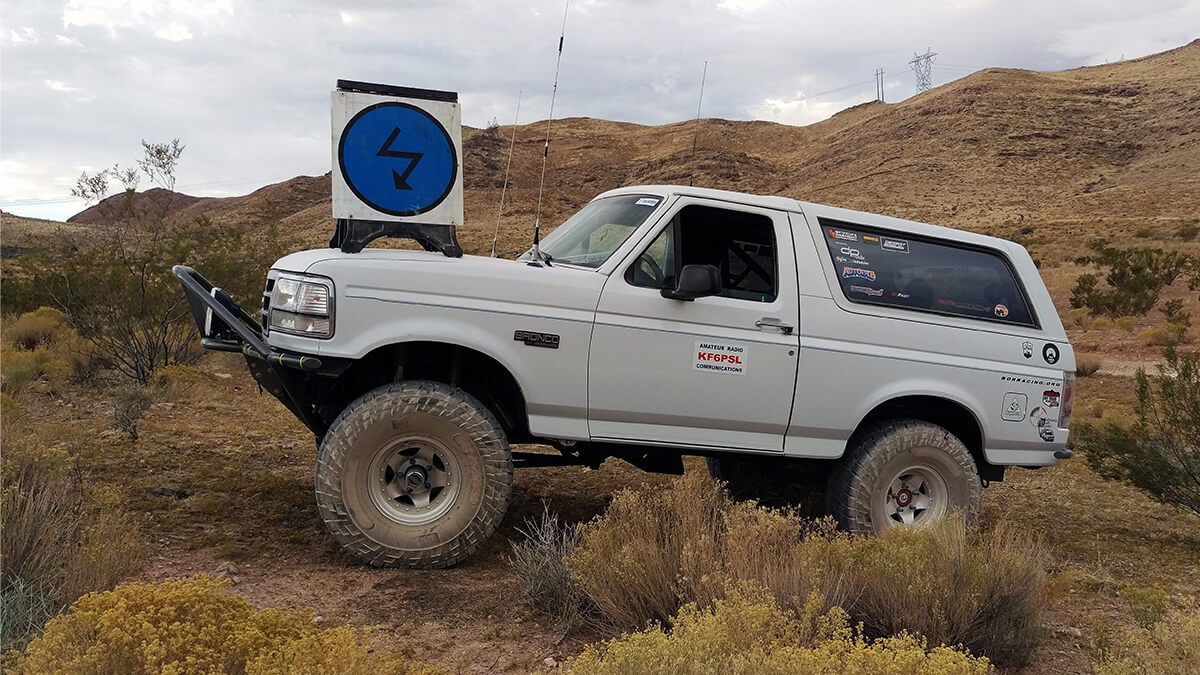 – Deciding how far I wanted to go and how much I wanted to spend. That, and find a good local Utah fab shop to do the work for me based upon my plans. I did find that fab shop and both Ogive Industries and DP custom fab here in Salt Lake City did a great job back in 2010 when it started to undergo the transformation.

– Its sturdiness, visibility, reliability, comfort (heat and air conditioning), and safety. One of the first things I learned when I was visiting those fab shops 20 years ago was for me to start the build with a safety cage. And that’s exactly what I did…it was my first requirement and what the rest of the truck was built around…and it was fully tied into the frame as well.

“One of the first things I learned when I was visiting those fab shops 20 years ago was for me to start the build with a safety cage.” 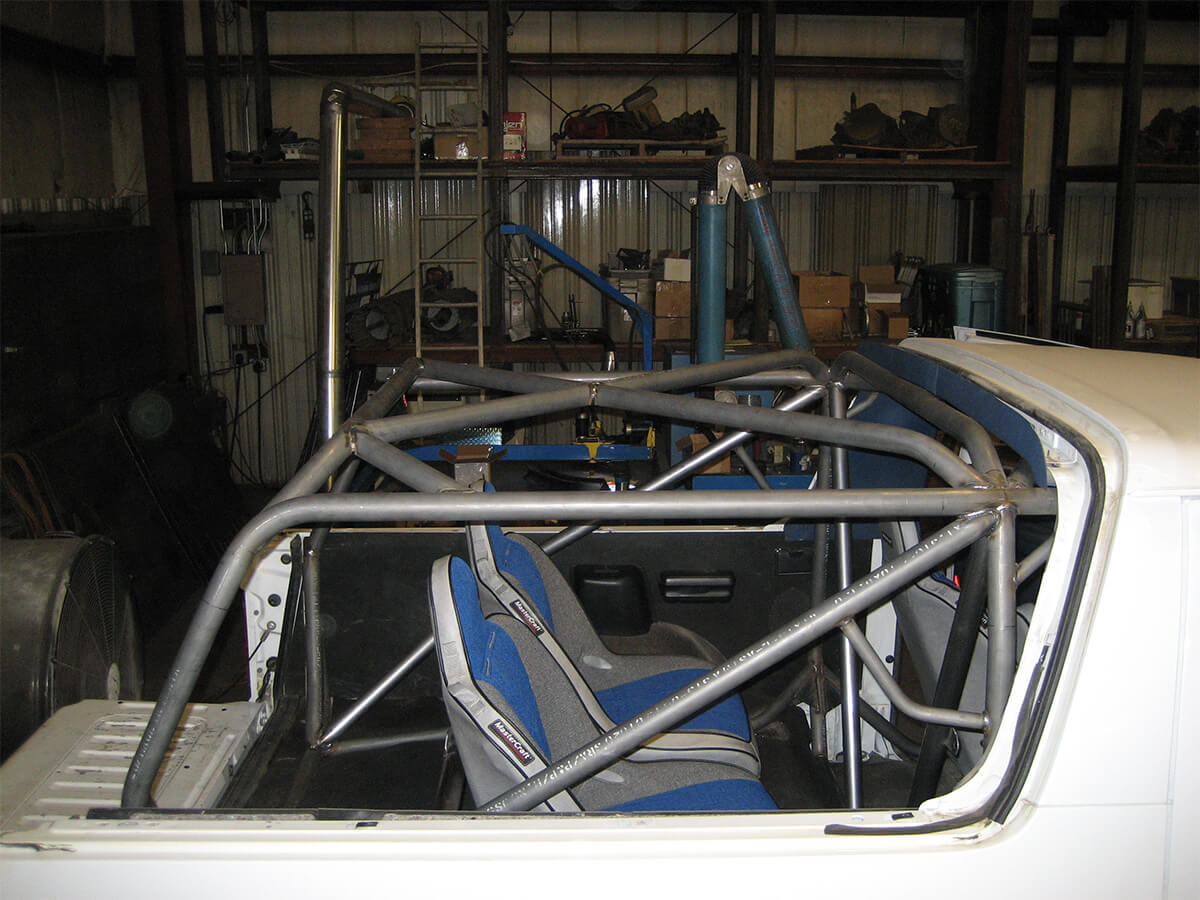 – Well, it WAS my weekend ride for working rally events and sporting events requiring ham radio support, but alas, I sold the Bronco this July to a KoH racer who is now using it as his race pre-runner! 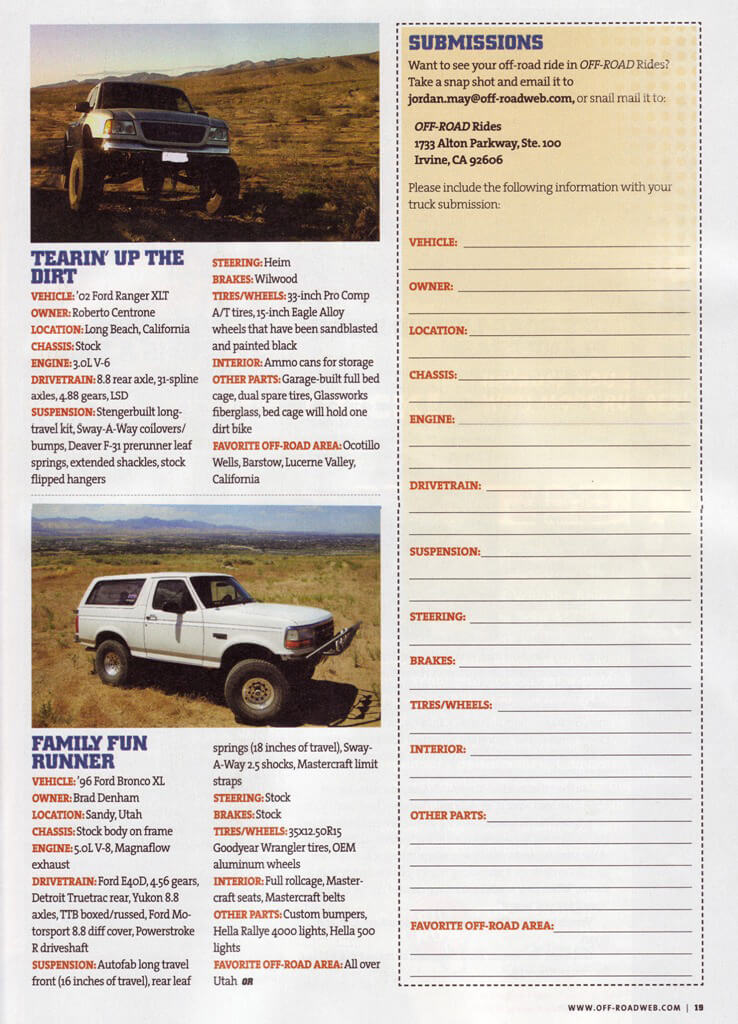 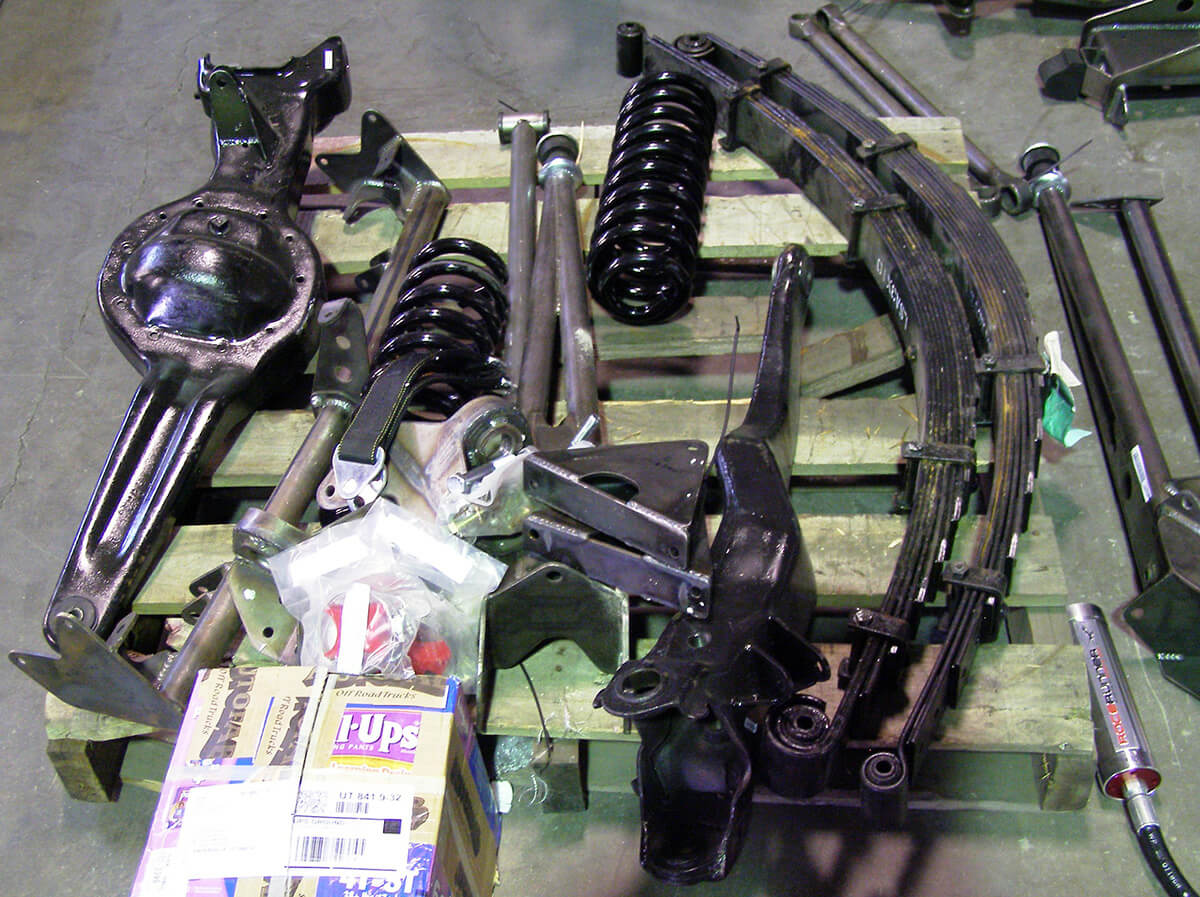 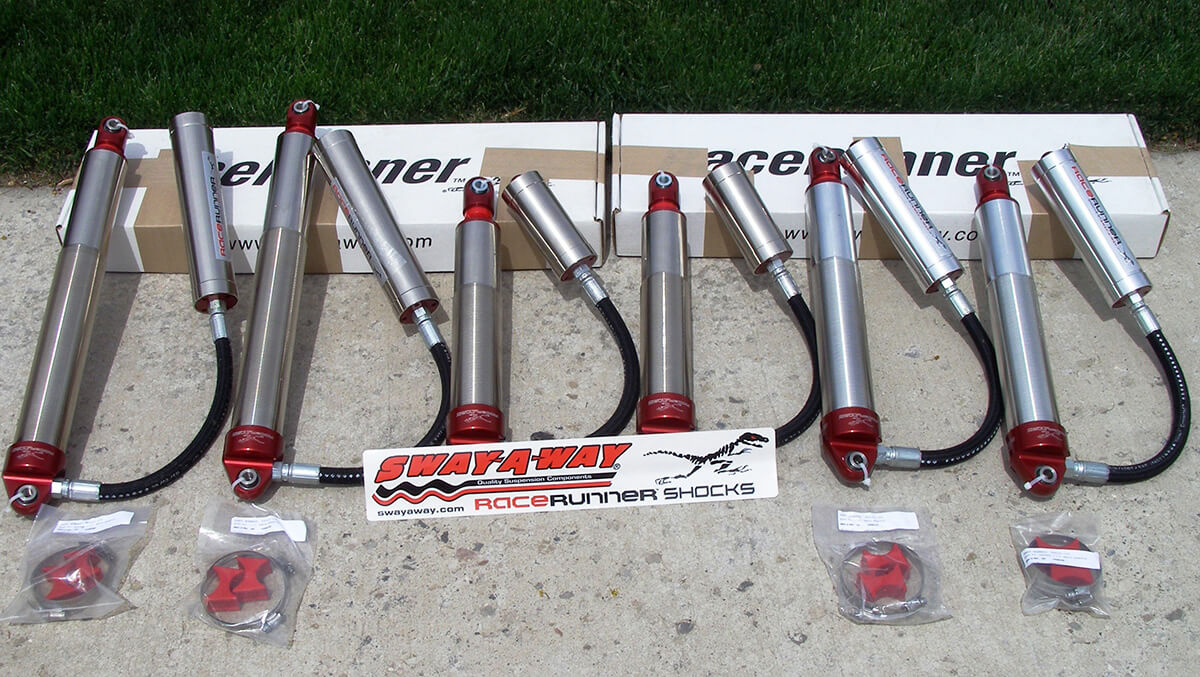 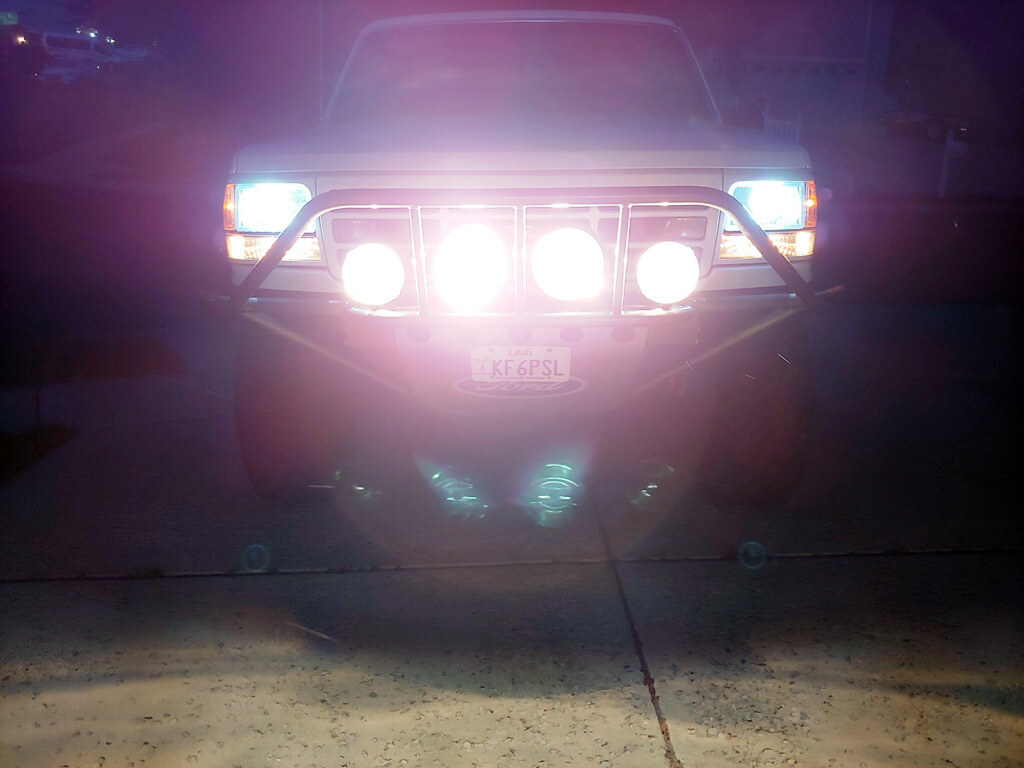 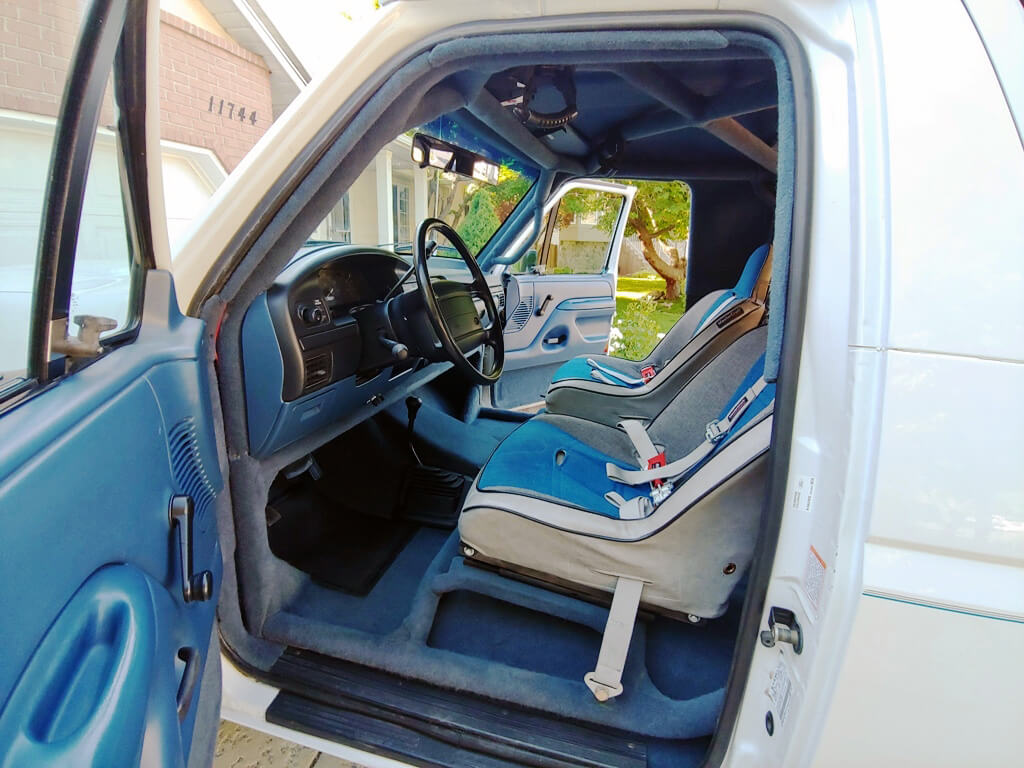 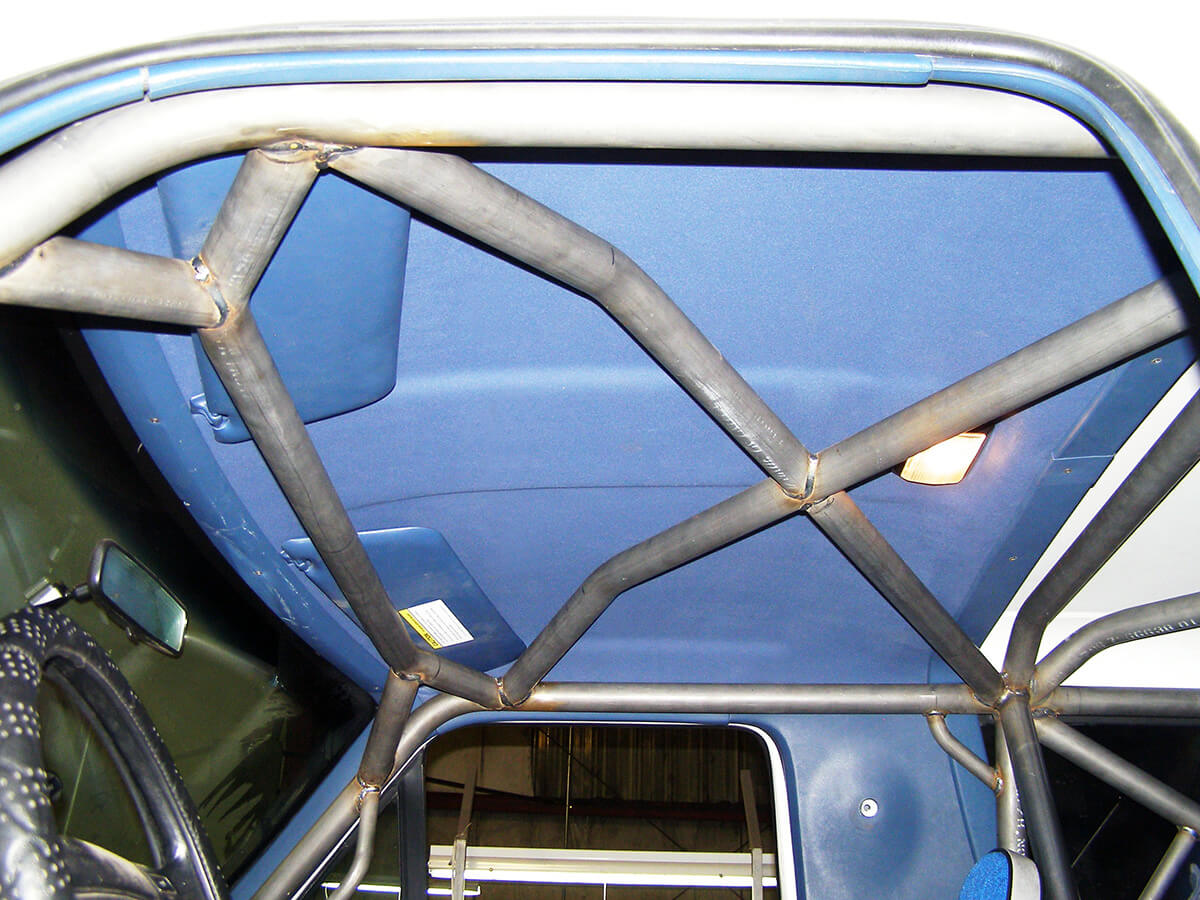 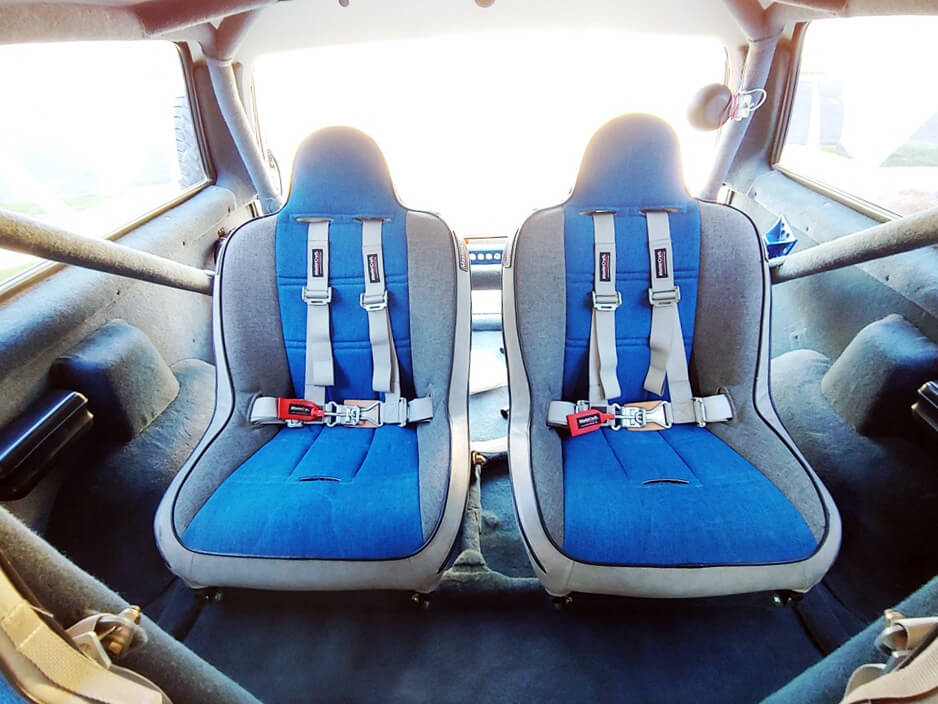 – Truly an outstanding truck. And it was the last of the full-size Broncos too! 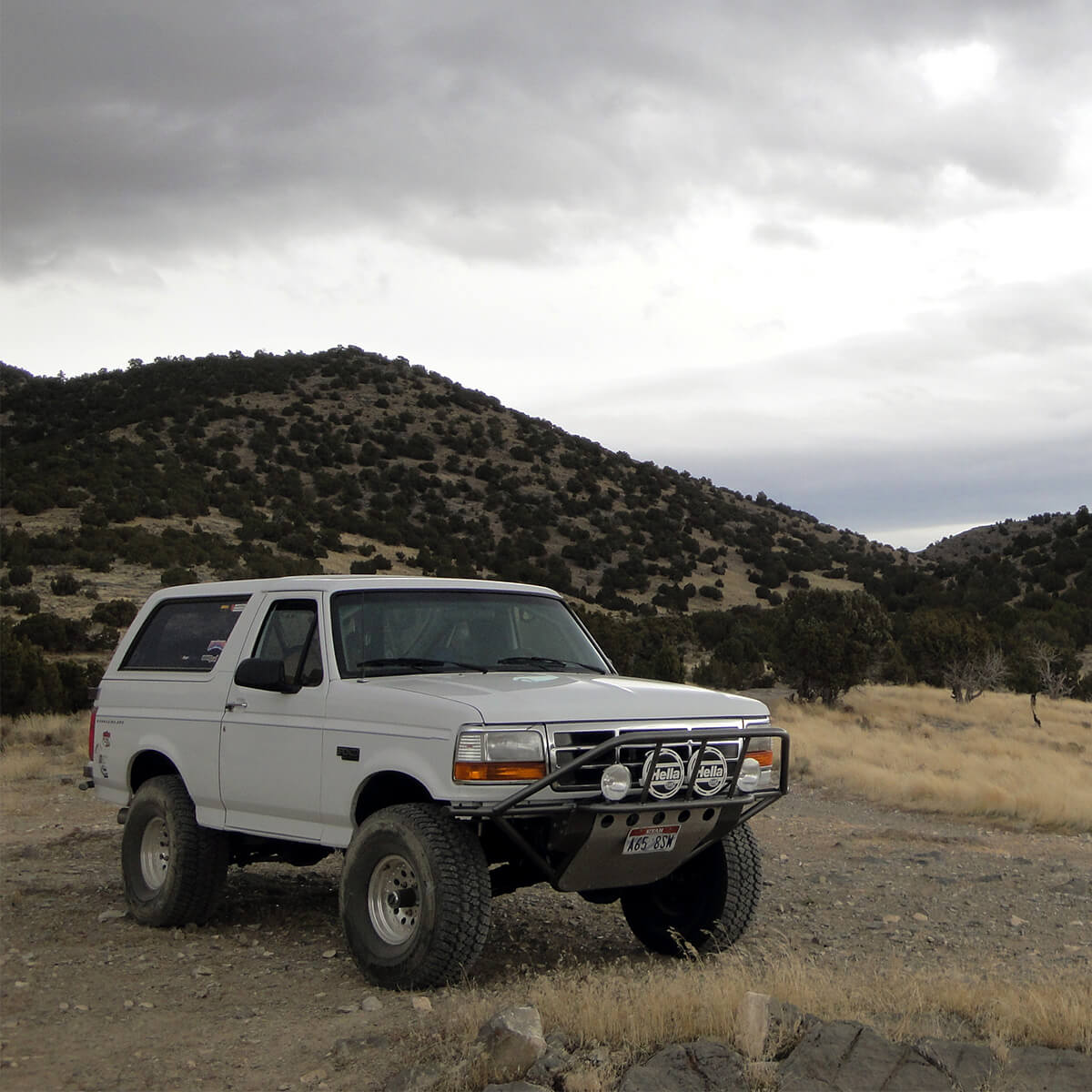 Watch the progress and find out more about this Ford Bronco project by visiting the Instagram profile of the owner: @denhabr82!